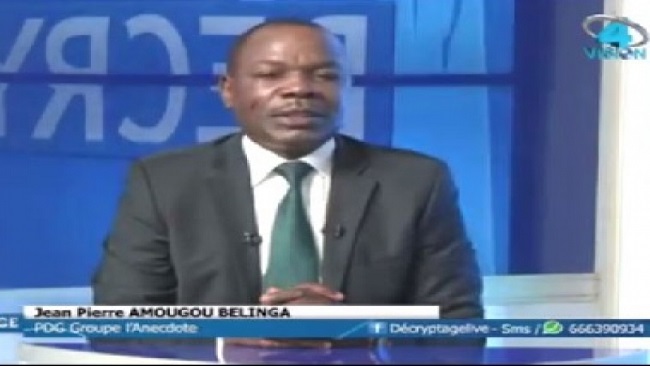 The General Delegation of National Security has aired out a radio message banning Jean Pierre Amougou Belinga from leaving the country.

The message made public on Wednesday, August 5, 2020 and signed by the Director of the Border Police, Dr. Jean Louis Messing also gave standing orders to the immigration department to withdraw Mr. Belinga Amougou’s passport.

The reasons for this dramatic u turn of events in Yaoundé against the Chairman and CEO of the group l’Anecdote were not available at the time of filing this report.

However, people in the know have opined that the owner of Vision 4 television channel is wanted by the Special Criminal Court for embezzlement, corruption and money laundering.