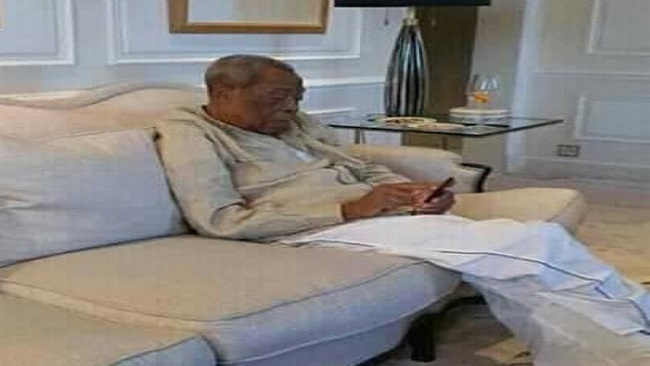 Cameroon: The appalling silence of good people is hurting the country 0

If there is one thing that the political elites in Yaoundé have been brilliant at over the last 38 years, it is their astonishing consistency in creating political tragedy and fostering appalling silence through intimidation and bribery. As we were about to retire to bed last night, our editorial desk was forwarded a photograph of a fragile creature in God’s waiting room. Upon close scrutiny, it dawned on me that the photograph was that of French Cameroun’s senate president, Marcel Niat Njifenji, who is 86 years old. It is summer in France as I write but he was covered in a blanket. He is doubtlessly in an apartment he purchased in France from the proceeds of his protracted and well-documented unlegislated activities in the Cameroons over the last 50 years.

Mr. Njifenji is a classmate and close collaborator of Paul Biya, the commander-in-chief of the most sophisticated state-ordained terror and misappropriation enterprise ever operated from the Cameroons. He has been the senate president since its inception in 2013. It is alleged within CPDM political circles that the man who presided over the death of SONEL has nine lives. He was once the country’s deputy prime minister and the former managing director of the country’s main power provider, SONEL, in the 1980s. Mr Njifenji’s embezzlement while at SONEL is well-known and documented and that explains why he can never walk away from Mr. Biya. He is one of the bigots who have ensured that no meaningful political change takes place in the country.

Confronted by crises in the Southern Cameroons, economic meltdown, human rights abuses, unprecedented unemployment, Coronavirus deaths, a collapsed public service, Cameroon has diapers-wearing-pensioners passing for leaders. How did a nation of 25 million minds end up in such a state?

After four decades in power, these senile pensioners are watching helplessly as the nation they pretend to govern is melting down. They are in care homes in France contemplating the emptiness of life in their last days on this planet. What a pity? In life, our unwise acts accompany us to plague and torment us and this is very true when it comes to these political arsonists. They have scorched all they inherited from the country’s first President Amadou Ahidjo.

He is about to meet his maker with nothing to show for as his contribution to mankind. Mr Njifenji is soon going to come face to face with the man he most wishes to avoid. He would be answerable to him without the thugs he has helped to sustain for forty years. From his photograph, his regrets and apprehensions are colossal. He has made his bed, let him lie on it. But the most fascinating thing is he is still hanging on to his earthly position as the senate president of a banana republic at 86.

One of the tests of good leadership is how well one grooms his successor. Somehow, for nearly forty years, there is no succession line in any department or arm of government in Cameroon. These ancient and senile individuals that could hardly support themselves are still hanging on to power in flagrant disregard of civility and logic. The most amazing thing is that sane people in their millions seem to find nothing wrong with this insanity. These ancient creatures wobble once every nine months to their offices for photo opportunities and the nation of Cameroon finds nothing wrong with such senselessness.

Cameroonians who have opted for silence will have a lot to repent for as posited by Martin Luther King Jr; “we will have to repent in this generation not merely for the hateful words and actions of the bad people but for the appalling silence of the good people”. Cameroon Concord News Group believes that the good people of this resource-rich country must end this silence and sorrowful episode of their history by standing up to these senile tyrants. Cameroonians must understand that there is no chain of disasters that wouldn’t come to an end. The criminal pensioners are on their way out.  Slowly but surely, four decades of political tragedy in the Cameroons are coming to an end.

One thing is now certain; this clique of criminal and senile pensioners that has conspired to ruin a once rich country will not be missed when they leave this planet. Cameroon Concord News Group will supply their families with appropriate headstones with the following message; I CAME; I SAW; I WRECKED.