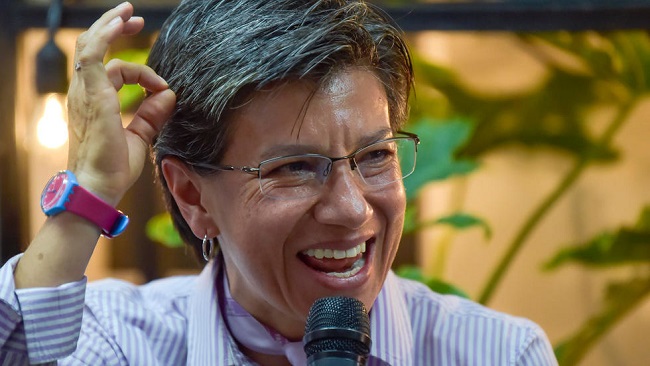 Although the country is deeply religious and conservative, same-sex marriage is legal and gay couples have the right to adopt children — whether or not they are the biological children of one of the partners.

“I promise to honor you and love you for life!” Lopez wrote on Instagram to her wife, opposition senator Angelica Lopez.

“Thanks to life for this wonderful year: I earned my doctorate, won the Mayor’s office and married the love of my life.”

The message was accompanied by four pictures of the couple dressed in white and carrying bouquets of flowers.

The ceremony was private and not open to the press.

Lopez — who won the October mayoral poll in a narrow victory — seen as a significant step forward in a country used to being led by male elites.

The centre-left former senator, who will take office on January 1, is the first woman to win the post of mayor of Bogota.

Lopez defeated liberal Carlos Fernando Galan with just over 35 percent of the vote in the capital city of 7.2 million people.