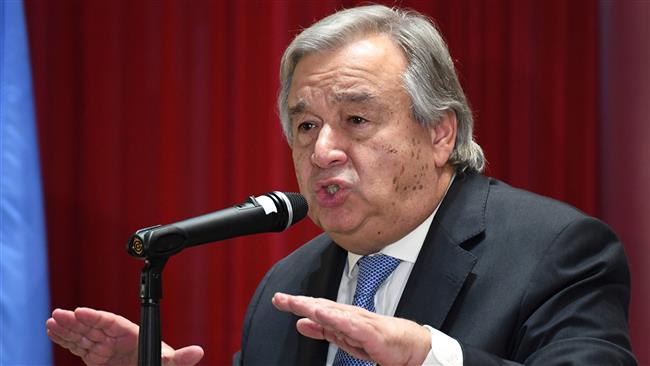 UN chief Antonio Guterres has urged Democratic Republic of Congo President Joseph Kabila to abide by an agreement to leave power, after at least eight people died in protests against his rule.

Kabila, in power since 2001, signed a deal with opposition groups a year ago agreeing to step down once his current term ends and new elections are held.

But violence has swelled in the giant, troubled African nation after the date of the new vote was pushed back to December 2018, prompting fears that Kabila may seek to extend his reign.

“The secretary-general urges all Congolese political actors to remain fully committed to the 31 December 2016 political agreement, which remains the only viable path to the holding of elections, the peaceful transfer of power and the consolidation of stability in the DRC,” Guterres’ office said in a statement late Sunday.

Eight people were killed on Sunday and dozens arrested as Congolese security forces cracked down on protesters who defied a government ban to demonstrate in Kinshasa and other cities.

Troops fired tear gas into churches and bullets in the air to break up gatherings at Catholic masses, in one case arresting 12 altar boys leading a protest in the capital.

“The secretary-general calls on the government and national security forces to exercise restraint and to uphold the rights of the Congolese people to the freedom of speech and peaceful assembly,” Guterres’ statement said.

DR Congo, rich with mineral wealth but plagued by violence, has not had a peaceful transition of power since independence from Belgium in 1960.

Kabila succeeded his assassinated father Laurent Kabila in 2001 and refused to step down at the end of his second and final term in December 2016.

Elections had been due to take place by the end of this year under a church-mediated deal but were further delayed, and the poll is now scheduled for December 23, 2018.