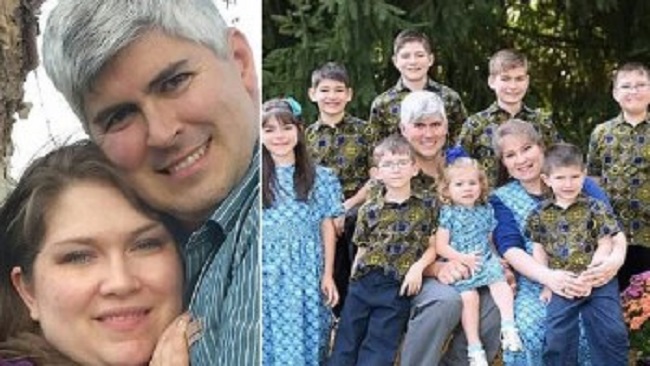 Family of Missionary Killed in Cameroon Experiencing Another Parental Hardship 0

The wife of an American missionary killed in Cameroon in October is asking for prayer for herself and her eight children as she has now learned that she has numerous masses on her liver.

The Praying for Stephanie Wesco Facebook page outlines that Wesco went to the emergency room last month to have herself checked for appendicitis due to pain, but a scan found that she rather had a lesion on her liver.

“My doctor ordered an MRI, just to double check the lesion, and it revealed 4-5 masses in my liver,” an update from Wesco outlines, as shared by a family friend. Wesco is now scheduled for testing and a biopsy at Cancer Treatment Centers of America this week.

“I covet your prayers right now! The future holds so many unknowns,” she wrote. “Please pray that the Lord will work miraculously and bring glory to Himself through this trial.”

Wesco also asked for prayer for her eight children, who just went through the loss of their father, and now are experiencing another parental hardship.

“Please pray for my precious children, as their lives are once again flipped around,” she requested. “They are dealing with all of their own questions as we go through this new valley.”

Wesco said that while her circumstances have taken “away almost every plan, dream and hope that I held so precious and left me with no one but Him to cling to, by faith,” God’s “Word continues to lighten the path and give strength for every moment of every day.”

As previously reported, the Wescos moved to Cameroon last October after selling their house and possessions in Indiana. They had been working for two years to raise support to conduct missions work in the nation, and had previously served in South Africa in 2003 and 2004.

However, just two weeks following their arrival, while the couple was out for a shopping trip, Charles was tragically shot in the head with his wife sitting right behind him in the car.

“My precious husband, Charles, is now with the Savior he adored and faithfully served for many years,” Stephanie Wesco wrote on a GoFundMe page that had been set up for the family. “His life focus was seeking to cause others to love Jesus and serve him. My prayer is that somehow someway Jesus will be glorified through my precious Charles’ death and that God will not let his death have been in vain.”

“My heart is broken. I want to wake up from a horrific nightmare,” she candidly acknowledged.

Messages of support poured in on Sunday after learning of Stephanie Wesco’s new battle. One post asking those praying to list their city and state had over 500 comments as of press time.

“Missionaries Dan and Edna Cadavos, along with Mt. Calvary Baptist Church, Malaybalay City, Bukidnon, Philippines are keeping you and the children on our prayer list! (Edna also battling cancer.) Trusting His plans, His way,” one commenter wrote on the page.

“Stephanie, I am praying for you. … Your father-in-law was my pastor when I was little. You have been in my heart. Praying for you,” another shared.

“You are walking through a deep and unimaginable valley. But our God? He is THE ‘God of the valleys.’ My husband and I are praying for you and your children daily,” a third stated.

“I can not imagine what you are going through, but remember, this is no surprise to God. So in His plan, we must be strong and of good courage,” another exhorted. “Mrs. Stephanie Wesco, the Lord is with you and so are all of us!”