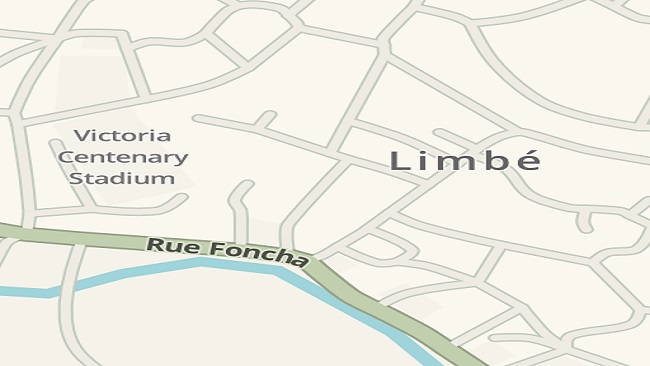 Federal Republic of Ambazonia: Francophones say they are living in ‘fear’ in Victoria 0

“We live in fear,” said Edouard, a French-speaking resident of Limbe, a coastal town in Cameroon’s southwest anglophone region where francophone people have been frequently targeted by armed English-speaking separatists.

Trepidation has given way to terror in the cosmopolitan tourist town of 85,000 with a significant francophone population as the anglophone separatist crisis has grown following a symbolic independence declaration a year ago.

A number of French-speakers — both military and civilian — have fled the town with its sandy beaches and lush mountain backdrop after coming under attack. “I moved my family to Douala because we live in fear” here, said Edouard, a young secretary referring to the country’s nearby economic capital.

Other French-speakers, who spoke to AFP on condition of anonymity, described how their loved ones had been “tortured” by the separatists seeking to break away from Cameroon. Cameroon’s southwest, including Limbe, and northwest are home to largely French-speaking Cameroon’s anglophone community who make up around one fifth of the population.

The separatists have vowed to disrupt presidential elections on Sunday in which President Paul Biya, who has dismissed the nascent insurgency as mere “trouble”, will seek a seventh term.

Edouard said he will never again return to Mile 4, the outer suburb where he had lived for years until his departure in July. Flanked by rolling hills, the area is isolated from the rest of the town and is one of the few places where separatists armed with machetes roam with impunity, according to witnesses.

When the men of the separatist movement are not asserting their presence in Mile 4, they hide in the nearby foothills. Late on the night of September 26, there was an attack on Mile 4’s police station that claimed the lives of two officers. The army encircled the area for several days following the audacious raid.

Several other attacks apparently intended to intimidate the area’s French speakers have been reported in Mile 4.

“They came into the areas and started demanding which were the French homes,” said a resident.

“They came to my house twice to kidnap me — but fortunately they didn’t find me. “They (also) tried to kidnap a neighbour but he managed to escape.”

The resident added that the separatist elements came to the area nightly, singing the anthem of their self-proclaimed “Ambazonia Republic” in front of French households.

The increasing number of incidents persuaded Edouard to move his family, first staying at a hotel before securing accommodation in another suburb.

“Generally people mixed here. But because of the crisis there’s a climate of mistrust — the anglophones mistrust the francophones, and vice versa,” said Edouard.

“The current situation could deteriorate into something worse,” warned a member of a local community organisation who declined to be named.

Anglophones in Cameroon have long felt marginalised and have previously called for greater recognition with the more vocal among them advocating for the creation of an independent nation in the southwest and northwest.

The separatist movement erupted into violence a year ago with hundreds killed in the conflict.

“(The crisis) has allowed anglophones to conclude that they are unable to have anything more to do with us because they think we’re inadequate,” said Danielle, who moved to Limbe in 2005, and lives with an anglophone.

But Lessly, one of the few anglophones willing to speak about the situation, said the violence engulfing Cameroon’s English areas has a number of origins.

“A typical anglophone citizen who you’d meet on the street sees the destruction and killing perpetrated by the army as acts perpetrated by francophones,” he said.

He conceded that the crisis has damaged relations between the English and French communities because many anglophones do not realise that “in that very army, there are English speakers”.

“Division isn’t good and complicates life for everyone — socially and economically,” added the young businessman.

The apparent separatist goal is to seize control of Limbe’s Sonara oil refinery — the country’s largest — where the majority of staff including the managing director are French-speaking.

The town is also home to an elite army rapid intervention force which is often spotted heading to or from inland flashpoints of separatist violence including Kumba and Mamfe.