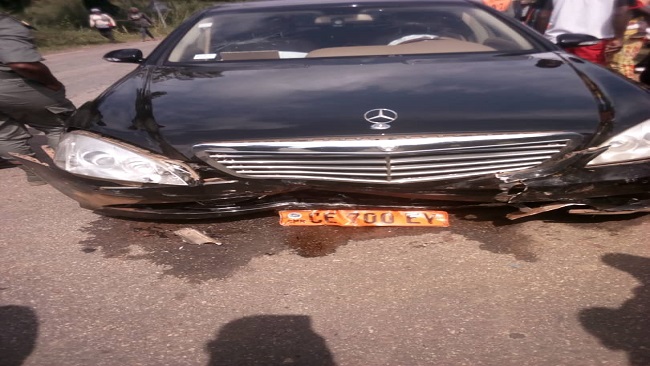 In a remote locality not far away from Mbalmayo known as Nkol Metet, the notorious former French Cameroun defense minister, Remy Ze Meka has reportedly killed at least 3 civilians and injured dozens while driving at lightning speed.

French Cameroun Regional military officials have held Mr Remy Ze Meka in an undisclosed location in Nkol Metet convinced that the villages would lynch him.

It was said that Remy Ze Meka’s subsequent disarray made him a less lethal relevant force, no longer needed by the ruling CPDM crime syndicate.

But his action today in Nkol Metet has made it clear the former defense minister remains a force to be reckoned with, at least by helpless civilians.

One eye witness who spoke to Cameroon Concord News said it was the bloodiest car accident in Nkol Metet which should have gone unreported because of the sheer remoteness of the area.