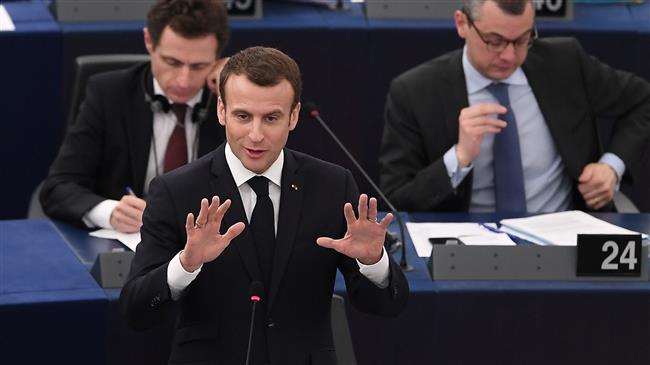 French President Emmanuel Macron has warned that there is a growing temptation of authoritarianism both inside the European Union and around the world, urging the continental bloc to reinforce its democratic process. Macron said on Tuesday that the EU was facing a sort of “civil war” after Britain decided to pull out of the bloc in a referendum in June 2016.

The French leader, however, urged the EU states to double their efforts for the protection of the bloc against further division. “There seems to be a sort of European civil war. There is a fascination with the illiberal and it’s growing all the time,” Macron stated in his first speech to the European Parliament in the eastern French city of Strasbourg.

The 40-year-old president is, however, faced with the rise of eurosceptic populists across Europe, including in Hungary, Poland and Italy. Outlining his vision for the future of the EU, Macron said in his Tuesday speech that the EU states had to do their utmost to protect the EU’s sovereignty.

European Commission President Jean-Claude Juncker welcomed Macron’s speech, saying it was a sign that “The True France” was returning to the bloc. Macron will travel to Berlin later this week to win support for his proposed reforms in the eurozone. Some German politicians have expressed doubts about Macron’s plans for earmarking a separate budget for the relocation of refugees, a thorny issue which has divided many countries in the bloc.

Macron said Tuesday in a separate proposal that the EU could create a fund to for communities that take in refugees. “I propose creating a European program that directly financially supports local communities that welcome and integrate refugees,” he said.