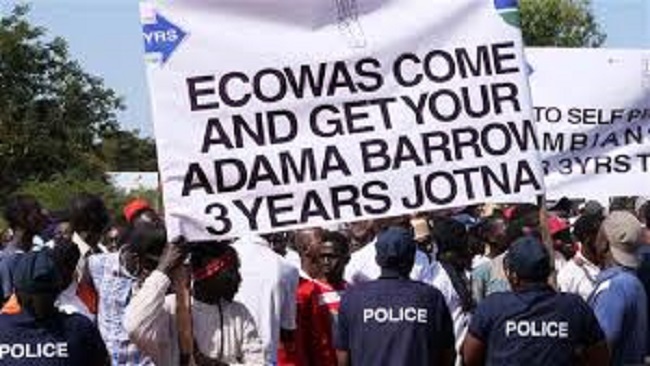 Thousands of Gambians protest in the capital Banjul, calling for President Adama Barrow to step down from power.

Elected in December 2016, one of the conditions of the coalition that brought Barrow to power was that he should be president only for the duration of a three-year interim government.

He now intends to stand for a full five year term, a move that has led to the creation of the ‘Three Years Jotna’ movement, or ‘Three years is enough’.