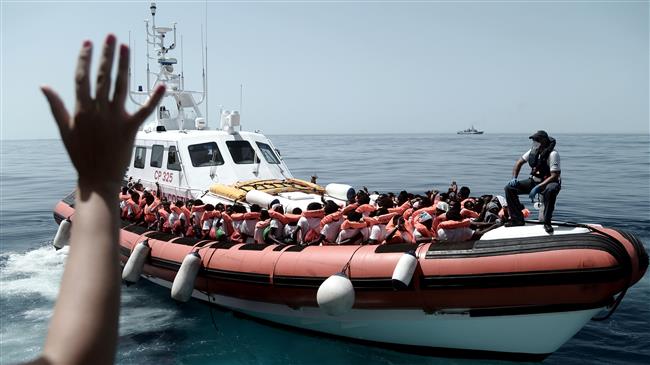 Italy’s Interior Minister Matteo Salvini has warned yet another refugee rescue mission off the Libyan coast that it would not be allowed to unload its “human cargo” at an Italian port.

Salvini’s warning came days after the new right-wing and anti-refugee Italian government denied a safe harbor to the Aquarius, a French NGO-operated charity ship, to unload its more than 600 rescued refugees and asylum seekers on board, causing uproar and a sharp spat with France.

“While the Aquarius is sailing toward Spain, two other Dutch NGO-operated vessels (Lifeline and Seefuchs) have arrived off the Libyan coast, to wait for their human cargos once the people smugglers abandon them,” the Italian minister said in a Facebook post on Saturday.

“These gentlemen should know that Italy no longer wants to be complicit in the business of illegal immigration and they will have to look for other ports to go to,” further said Salvini, who heads the far-right League party, adding that he took the action “for the benefit of all.”

Following Italy’s controversial decision to bar the Aquarius from docking, however, Malta quickly followed suit, leaving the ship stranded at the Mediterranean until Spain offered to the vessel a safe harbor. The Aquarius, which is jointly run by SOS Méditerranée and Doctors Without Borders (MSF), is due to arrive in Valencia on Sunday.

Meanwhile, Ferdinando Pagnoncelli, president of polling company Ipsos Italia, said that based on a survey conducted on Tuesday and Wednesday, almost 60 percent of Italians were in favor of closing the country’s ports.

The Libyan coastguard has previously accused NGOs of creating panic and confusion by their presence during rescue operations as the refugees and asylum seekers all surge to reach the charter boats to avoid being returned to crisis-hit Libya.