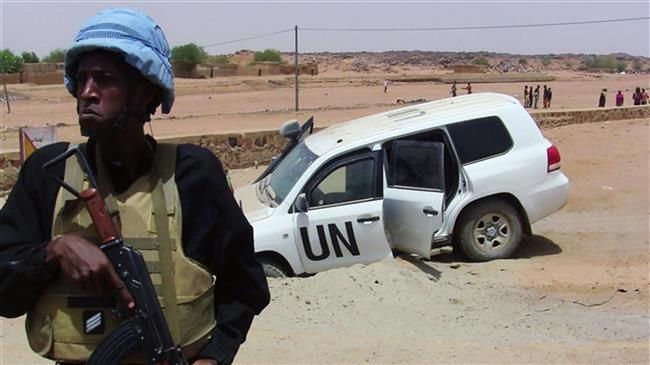 The UN mission in Mali, known as MINUSMA, said in a statement that the casualties occurred when a convoy of peacekeepers hit the device along a road in the Mopti region.

“We have just received information from the UN peacekeeping mission in Mali indicating that a UN military vehicle was hit by an improvised explosive device on the Boni-Douentza axis, in the region of Mopti in Mali. Preliminary reports indicate that four peacekeepers were killed and four others were wounded. Medical evacuations are currently ongoing,” UN spokesman Stephane Dujarric said.

“These cowardly acts will not deter MINUSMA’s determination to support the Malian authorities in their efforts to protect civilians and accompany the Malian people in their quest for peace and stability,” the UN chief added.

The Wednesday roadside attack came a day after six Malian soldiers were killed when their vehicle struck a mine in the Segou region. A forest ranger was also gunned down in another incident blamed on militants.

Al-Qaeda-linked terrorist groups in Mali have been carrying out increasingly deadly attacks on domestic and foreign forces in the African country, raising security concerns.

But the head of the MINUSMA has said the increased attacks are because the terrorists have come under intensified pressure.

More than 11,000 UN peacekeepers have been deployed to Mali since 2013 to counter terrorist attacks and general lawlessness.

In late January, 14 soldiers were killed and 18 more wounded in an attack on their camp in Mali’s restive northern regions.

Extremists linked to al-Qaeda took control of the desert north of Mali in early 2012 but were largely driven out in a French-led military operation launched in January 2013.

In June 2015, Mali’s government signed a peace agreement with coalitions of non-militant armed groups. But extremists still remain active in the area, and large tracts of the West African country are lawless.