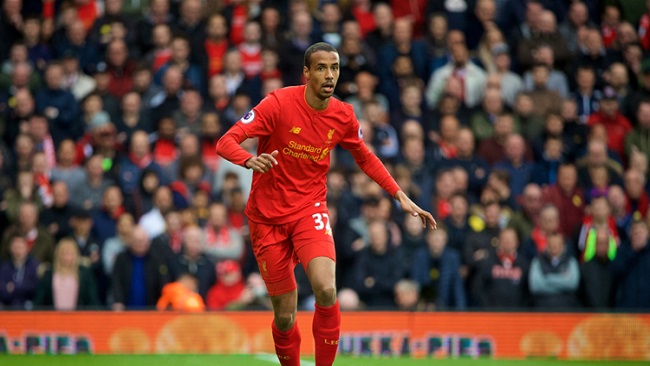 Matip recently recovered from a knee injury that has kept him out of action since October and was an unused substitute as Jurgen Klopp’s men stretched their lead in the Premier League with a 2-0 win over Manchester United on Sunday.

The 28-year-old has not played for the Indomitable Lions since he snubbed an invite to the country’s victorious campaign at the 2017 Africa Cup of Nations and his last international outing dates back to the 2014 Fifa World Cup.

In response to the gesture, Kombi congratulated Matip on his success with Liverpool last year when they won the Uefa Champions League, Uefa Super Cup and the Fifa World Club Cup.

“I received yesterday in audience, Mr. Jean Matip, father of international footballers Joel and Marvin Matip, who handed me a symbolic gift sent by his son Joel Matip, a ball autographed and signed by the player,” Kombi wrote on Facebook.

“In return, I addressed him my congratulations for his remarkable performances in his club, Liverpool FC with whom he became the 2019 European Champion.

“Finally, I also recalled him the love and hope all Cameroonians put on his son Joel Matip as an Indomitable Lion.”

Matip’s father, Jean was a former Cameroonian footballer and his elder brother Marvin also played for the Central African nation and made three international appearances despite playing for Germany’s youth teams in his early career.

As a reward for his fine defensive contributions, the Liverpool defender was named in the Caf Team of the Year for 2019 and Cameroon will be hoping he rescinds his retirement decision before hosting the continent for the 2021 Afcon, and as they battle Ivory Coast, Mozambique and Malawi in Group D of Africa’s qualifiers for the 2022 World Cup in Qatar.