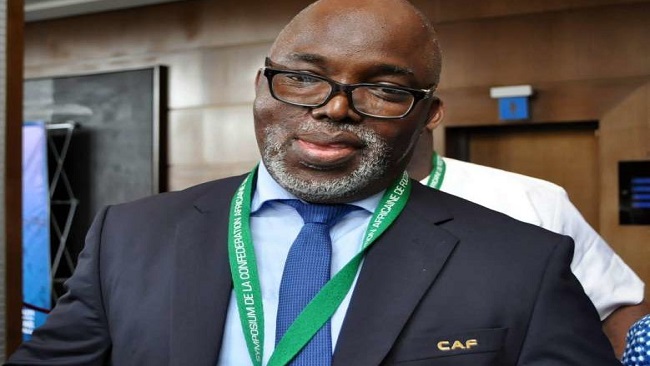 Nigeria Football Federation (NFF)president, Amaju Melvin Pinnick has defended the decision of Confederation of African Football (CAF) to strip Cameroon of hosting right for next year’s Africa Cup of Nations.

Pinnick said in an exclusive interview with sports247.ng that it was not a case of victimization, but one in which the continental body wants to promote high standards for hosting major championship.

Pinnick, whop is also CAF first vice-president and chairman of the body’s AFCON committee, admitted that Cameroon had put in exceptional efforts towards hosting the showpiece but insists they were not ready.

He stressed that hosting the continent goes beyond extra effort and sweet talk, as evidence on ground at the various earmarked venues showed that Cameroon were not just ready to receive the continent.

Pinnick stated further in the interview with sports247.ng at the weekend: “We have a level playing field for all countries.

“Cameroon showed good intention to host, they have an exceptional record of efforts in African football, but they are not ready for AFCON.

“That is why they were stripped off the hosting right, and it has now been thrown open to any other willing country.

“Whichever country CAF decides to hand the hosting rights to, I can assure you such country will seen to be ready, not just to plug and play. “Such country will have already available facilities and ready to host the rest of Africa at short notice.”