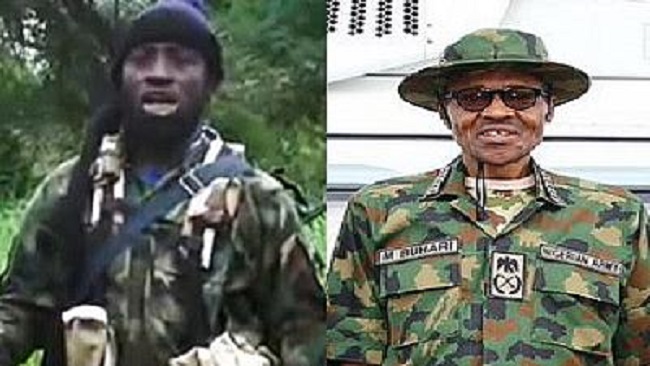 The Nigerian army dismissed it as a “misunderstanding”, but on Sunday hundreds of soldiers protested in the airport of Maiduguri, the capital of restive northeast Borno state, for several hours, shooting into the air and disrupting flights.

They were furious about a planned redeployment to a battlefront in the remote Lake Chad region after fighting Boko Haram jihadists for years without relief.

“We should not have been here for more than a year but this is our fourth year and still they are asking us to move to Marte,” one of the protesting soldiers told AFP on condition of anonymity.

“We need some rest, we are war-weary and need to see our families.”

The protest comes after a wave of bloody assaults on military bases in the northeast, forcing the army to retreat and marking a Boko Haram comeback.

The resurgence of violence has put pressure on Nigerian President Muhammadu Buhari, who is seeking a second term in office and maintains that the country is now in a “post-conflict stabilisation phase.”

Experts say that Nigeria hasn’t faced such a serious threat from the jihadists since the peak of the insurgency between 2013 and 2015, when Boko Haram controlled swathes of territory in the country’s northeast.

“There has been a military evolution akin to what we’ve seen in Syria and Iraq,” said security analyst Yan St Pierre to AFP.

“Boko Haram’s quality of attack is higher, the level of preparedness is higher.”

The Nigerian military is overwhelmed by the “catastrophic security situation,” said St Pierre, “they are relying on old tactics no longer applicable in the northeast.”

Desperate to stop the onslaught, Nigeria’s military chief Yusuf Tukur Buratai said that “cowardly” soldiers would be punished by death in a July 27 memo seen by AFP.

Soldiers who “abandon their positions” have the potential to “rubbish all the laudable gains made in the operations in the past 3 years against BHT (Boko Haram terrorists).”

The attacks are relentless. In less than a month, dozens of soldiers have died, though in the absence of any official death toll from the military, the number is feared to be much higher.

Boko Haram has traditionally launched attacks during Nigeria’s rainy season between June and September when roads become water-logged, making it difficult for troops to do patrols.

The more mobile jihadists seize the opportunity to restock their arsenal of weapons from war-torn Libya and Mali through Nigeria’s porous borders.

Sanda Kime, who is part of the militia force fighting against Boko Haram in Lake Chad, said the latest attacks were because of “huge arms supplies” secured by the jihadists.

“They are now better armed which makes them more daring,” said Kime.

The garrison town of Monguno is on high alert after Boko Haram sent out a warning this week that it would attack on August 22 during the Muslim Eid festival, said residents and aid workers.

On Monday, the United Nations announced the suspension of humanitarian work by its agencies in Monguno from August 19 over security concerns, according to an internal memo seen by AFP.

Fighters loyal to IS-affiliated Boko Haram factional leader Abu Mus’ab Al-Barnawi are believed to have carried out most of the raids.

The faction is mostly based in the Lake Chad area and in areas south of Maiduguri including Benisheikh and Buni Yadi in nearby Yobe state.

In June, Nigerian fighter jets bombarded Al-Barnawi’s Tumbun Gini enclave in the Lake Chad area, forcing him to flee southwards to a forest near Benisheikh, 80 kilometres south of Maiduguri, according to sources with deep knowledge about the group.

“He moved his operational base to the Benisheikh area from where he planned the attacks on military bases,” said a source who asked not to be named for fear of reprisals.

Al-Barnawi, the son of Boko Haram’s deceased founder Mohammed Yusuf, has found sanctuary in the Lake Chad region, an area fertile in vegetation and fish that is difficult for security forces to penetrate.

“The camps are a reservoir of fighters for the group from where they plan and launch attacks”, said Usman Nalado, a fisherman from the town of Baga on the shore of the lake.

“To end their attacks troops need to smoke them out.”