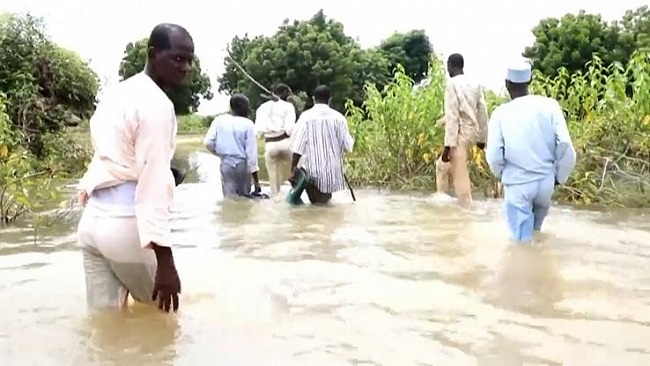 Over 1,500 families in Northern Cameroon have been displaced as overwhelming floods – from heavy rainfall in the town of Maroua the last few days, have destroyed their homes, washed away livestock and devastated plantations.

The installed embankment along the Logone River has also given out and even bridges have collapsed, leaving the inhabitants despondent.

Many locals struggle to deal with the environmental crisis

Ibrahim Sala, a victim of the flood, shared his concerns, “We’re losing people, animals, onions, grain, the chickens, everything. The floods just take everything. We are left with nothing here in Merem.”

Another local victim, Issa Nassifou, called out those in charge to come to the aid of the people, “Today, we ask the public authorities to help the population of Merem, which is underwater and flooded. We even have displaced people, some of them have been resettled in Youma, Congeleo, Wideo, even in Kairoum.”

More heavy rains are expected to the fall in the same region this week.

Last year, more than 20,000 people had to abandon their homes. According to the authorities, a total of more than 40,000 people were affected.