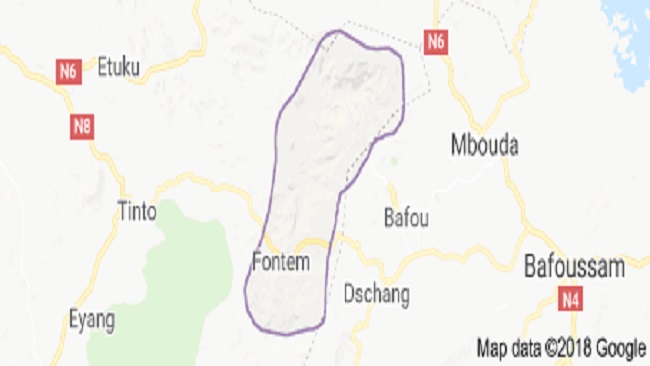 Over 60 civilians “abducted” in Lebialem County 0

Cameroon government army officials announced on Monday over state radio and television that they have launched an investigation into the abduction of 63 civilians, including women, who were taken away by gunmen in the Lebialem County.

Eyewitnesses say the civilians were drinking in a bar on Monday in Mmouck Leteh, when heavily armed men held them at gunpoint and took them away to an unknown destination.

Our correspondent in Lewoh is yet to confirm the correctness of the report but Cameroon Concord News understands those arrested by Ambazonia security agents were Southern Cameroonians who were cooperating with French Cameroun soldiers.

No Southern Cameroons self defense force in the Lebialem County have claimed responsibility for the abduction.

Fighting between Cameroon government forces and armed Southern Cameroons groups has been going on since 2017 after President Sisiku Ayuk Tabe declared the independence of the Federal Republic of Ambazonia.

According to the United Nations, more than 700,000 Cameroonians have been displaced internally and externally due to the fighting.