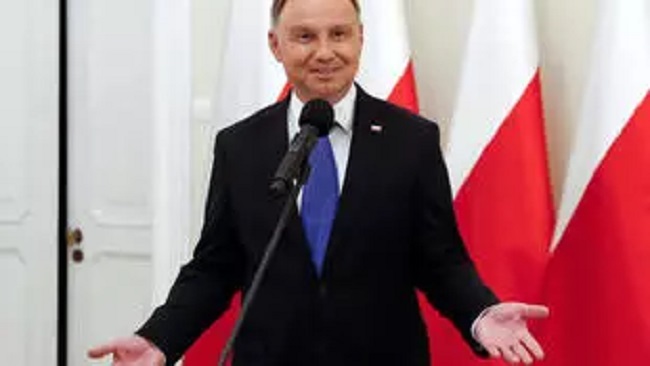 Poland’s state electoral commission said Monday that conservative President Andrzej Duda has won 51.21% of the vote with almost all votes counted in the country’s weekend election.

The nearly complete results, based on a count of votes from 99.97% districts, shows liberal Warsaw Mayor Rafal Trzaskowski just behind with 48.79% of the vote.

The final results could vary somewhat, however.

If the result is born out, it would be one of closest elections in Poland’s history, reflecting the deep divisions in this European Union nation.

Sunday’s vote was originally planned for May but was delayed amid bitter political wrangling.