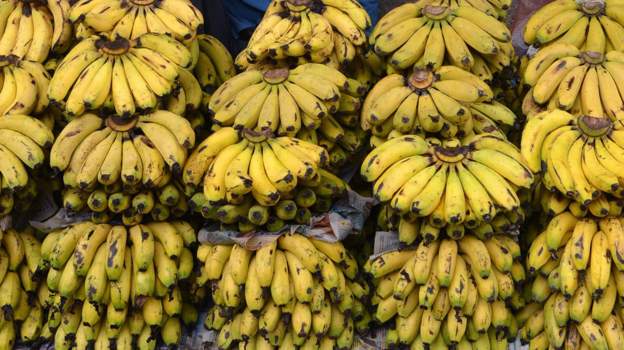 Southern Cameroons Crisis: Banana exports down by over 6,500 tons 0

Banana exports from Cameroon are on the slide. This is a direct fallout of the armed struggle by the Ambazonia people of South West Cameroon who want to secede from Cameroon Republic.

In February 2020, the two banana exporters still active in Cameroon exported 14,965 tons of the products. According to the banana exporters’ association Assobacam, these exports were down by 6,532 tons compared with the 21,497 tons exported during the same period in 2019.

This drop is mainly due to a decrease in the year-over-year exports of Plantations du Haut Penja (PHP), the local subsidiary of French group Compagnie fruitière de Marseille. During the period under review, PHP (leader of the Cameroonian banana market) only exported 13,847 tons against 19,737 tons in February 2019.

State-owned agribusiness unit CDC is still absent from the Cameroonian banana exporters’ registry. The main economic victim of the pro-independent crisis in the Anglophone regions [since 2016] stopped operations since September 2018, because of the insecurity created by separatists on its plantations and factories.