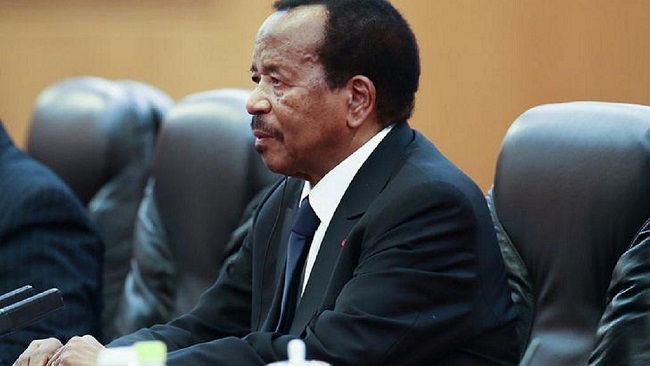 After two years of violent confrontations between government forces and Southern Cameroonian separatists, which have resulted in the death of more than 4,000 Cameroonians, the Yaoundé government has begun taking baby and doubtful steps towards peace.

Last month, the Yaoundé government had announced in a press release that it had set up Demobilization, Disarmament and Reintegration (DDR) Commission whose objective, according to the government, was to help young Southern Cameroonians who had lost their way to return to the fold.

The creation of the DDR Commission had come under massive criticism as many observers and analysts considered the government’s action as putting the cart before the horses.  According to many experts, the creation of such a commission should imply that the parties at war have been discussing and have agreed on the way forward, with a ceasefire announcing the end of the bloody confrontations.

But none of that had taken place prior to the announcement of the DDR Commission. The government has resorted to unilateral actions which are stirring more controversies than appease the Southern Cameroonian fighters.

Despite the creation of the DDR Commission, the government has not relented in its violent killing of Southern Cameroonians and the burning of their homes.

More than 15 villages in the two English-speaking regions of the country have, over the last two weeks following the creation of the DDR Commission, been deleted from the country’s map. Kumbo, Meluf, Wei, and Bambui are among the villages that have faced the government’s wrath and residents of these villages are today seeking refuge in the jungle. Some 50 unarmed civilians, including pregnant women and children were among those mowed down by the government’s trigger-happy soldiers in recent weeks.

Two weeks after the DDR Commission controversy, the Yaoundé government has once more engaged in its usual diversionary tactics by announcing that some 289 Southern Cameroonians charged with misdemeanor would be released from jails across the country.

This announcement leaves many people in doubt as the Yaoundé government is known for speaking from both sides of its mouth. The announcement is more confusing as no names have been provided and many people wonder if Southern Cameroonian leaders such as Julius Ayuk Tabe and those kidnapped, taken to Yaoundé and held in communicado for more than seven months will be among those to be released.

He added that Julius Ayuk  Tabe and Co. had been charged with acts of terrorism which are offenses defined and punishable under the antiterrorism law No 2014/028 of 23 December 2014 (Section 2 et seq).  He stressed that “If found guilty of these offenses, Section 2, Paragraph (d) would kick in and they would face the   death penalty.

The experts however advised that we should not lose sight of the fact that this is a purely political issue and the solutions are more in the hands of politicians than in the hands of the lawyers.

“We should therefore not be surprised if we the President uses his constitutional powers to extend the scope of beneficiaries to include those that are not targeted by the law. This option is even more likely considering the fact the government might be thinking of appeasing than implementing the law,” the legal expert concluded.

Despite this supposed act of magnanimity on the part of the government, many Southern Cameroonians are still very skeptical about the government’s intention, especially as its alcohol-inflamed and sex-starved soldiers are still mowing down young and unarmed youths in Kumbo and the neighboring towns.

Southern Cameroonians are surely not going to let down their guard. The fighters will not be downing their weapons anytime, soon, as the decision to disarm and demobilize any fighters is a unilateral move by the government which might have been informed by the changing global politics.

The Yaoundé government is gradually losing support around the globe and its main backer, France, is in the throes of a complex and delicate internal strife that might alter alot.

Besides, the international community is getting more vocal regarding the crisis in the two English-speaking regions and the cash-strapped Yaoundé government wants to prove that it is listening, especially to calls for an inclusive dialogue that would lead to a negotiated settlement.

This week, the World Bank came down heavily on the Yaounde government, accusing it of corruption and unjustifiable spending. The Washington-based organization also pointed to the government’s lavish lifestyle, arguing that if the government did not take appropriate measures, it could face the prospect of a bankruptcy as its coffers are gradually drying up.

It should be recalled that last month, the African football governing body, CAF, stripped the country of the right to host the 2019 games due to lack of infrastructure and growing insecurity in the two English-speaking regions and in the northern part of the country .

Corruption and mismanagement are to blame for the country’s inability to build state-of-the-art infrastructure, and following that decision, government ministers have been accusing each other for the fiasco.

Also in New York, the tides are turning against the government. Remarks by the U.S. representative at the UN Security Council briefing on the Central African Region have clearly proven that the Yaoundé government is under enormous pressure.

The U.S. representative said during the briefing that “Mr. President, the United States calls for an immediate and broad-based reconciliatory dialogue, without pre-conditions, between the Government of Cameroon and separatists in the Northwest and Southwest Regions. We urge all sides to forswear violence, to restore peace, and to resolve their grievances through political dialogue.”

With such statements, the Biya regime understands that it is time to change course. It has understood that Southern Cameroonian fighters will not be yielding anytime soon and the prospects of achieving any victory via military action are unfortunately low.

Southern Cameroonian fighters are more determined, and as they acquire more sophisticated weapons, they also hold that they can easily attain their objective through war.  The government might be willing to prove that it wants peace, but its killing of thousands of Southern Cameroonians might make its efforts look like another ploy to deceive the international community.

While many objective observers hold that this might be the first step in the right direction, many Southern Cameroonians are still skeptical and they hold that the moves by the government are too small and are coming too late.

They argue that the war was not necessary, adding that the government’s legendary arrogance is to blame for the blood that has been spilled and that blood will be one reason that will make it hard for peace to return to the Central African country.