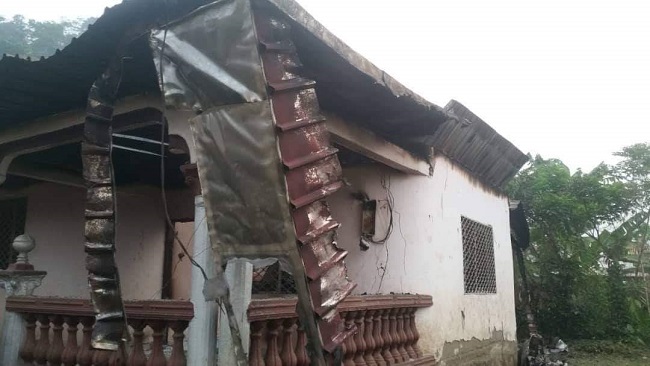 An office serving the Biya regime’s election commission (ELECAM) has been burned down in Tombel in the Kupe Muanenguba County in Southern Cameroons just some few days before the divided country is due to vote in a twin poll.

The fire in Kupe Muanenguba reportedly destroyed ballot boxes and voting slips transported there by soldiers loyal to the government in Yaoundé.

A spokesperson for the exiled Ambazonia Interim Government called it a victory for the people of Southern Cameroons but he also observed that the Ambazonia action was not a setback for the preparations for the election as the results are already known by the French Cameroun leaders in Yaoundé.

The consortium of the ruling CPDM crime syndicate says the twin poll is due to be held on the 9th of February.

By Kingsley Betek in Kumba