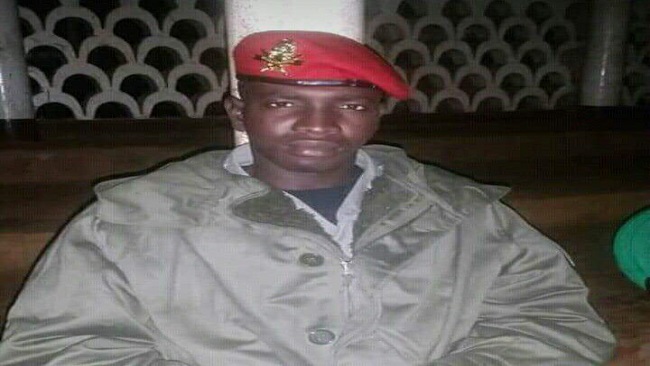 A law enforcement officer was killed on Monday by Anglophone secessionists in Cameroon, as English speaking Cameroonian activists continue to seek independence with bombs and guns.

Since calls for independence by South West and North West regions activists in Cameroon escalated last year, many soldiers and policemen have been gunned down while the Cameroonian  military has also killed, arrested and tortured many activists.

Cameroon, a country in central and west Africa, has about 81 percent of people who speak French and about 19 who speak English, as a result of brutal colonialism from France and the United Kingdom, following the defeat of the German armies in the first and second world wars.

Germany was in charge of Cameroon until the first world war broke out and Cameroonians spoke German with no one speaking English or French until the country was divided and shared between Britain and France who won the war.

Cameroonians began to advocate for the unification of the divided country after the war. But it took time and it was only in 1960 and 1961 that Cameroon under France and then Britain became independent.

In 1972, a referendum brought both Cameroons together again similar to the country that existed before it was divided by France and the UK, although by then, some territories had been lost.

Following protests for equality and justice late in 2016 in the two Anglophone regions in Cameroon that were met with force by the Cameroonian military, Anglophone activists said they were declaring independence.

They called their “new country” the Republic of Ambazonia. But the activists were arrested in Nigeria and extradited to Cameroon. Violence has continued to escalate for the liberation of the activists and the independence of North West and South West regions in Cameroon.