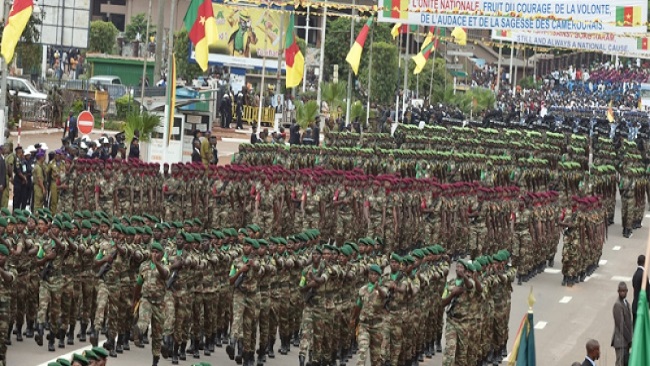 The day commemorates the 1972 national referendum when Cameroonians voted for a unitary as opposed to the existing federal state.

The government chose May 20 to celebrate former President Ahmadou Ahidjo’s abolishment of the federal system of government.

Activities of the day include speeches by the head of state, and other senior state officials, children all over the country singing and parades or marches around the various cities. The day is presided over by the head of state in Yaoundé and in the regional headquarters by the governor who represents the government.

However, armed separatist were threatening further attacks in the restive regions to frustrate the celebration.

The anglophone Cameroonians were agitating for secession after the predominantly francophone Yaoundé government reneged on a pre-unification deal.

Under the umbrella of the Interim Government, the anglophones have engaged in various violent acts to push their agenda.