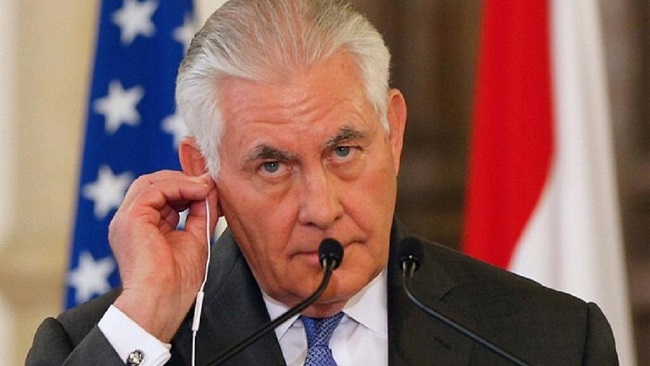 The United States will give more than $533 million in humanitarian aid for victims of conflicts and drought in Ethiopia, Somalia, South Sudan and the West and Central African countries bordering Lake Chad, U.S. Secretary of State Rex Tillerson said on Tuesday.

Tillerson made the announcement at a speech in Virginia before departing for a week-long trip to several African countries. He also said the United States supported the creation of a development finance institution for Africa.

Tillerson contrasted the United States’ work on the African continent, which he said promoted “sustainable growth,” with that of China, which recently pledged $124 billion for its Silk Road plan to expand links between Asia, Africa, Europe and other places.

“Chinese investment does have the potential to address Africa’s infrastructure gap, but its approach has led to mounting debt and few, if any, jobs in most countries,” said Tillerson.

“When coupled with the political and fiscal pressure, this endangers Africa’s natural resources and its long-term economic and political stability,” Tillerson added.

Tillerson added that the US would continue to help fight corruption and promote transparent institutions across the continent.