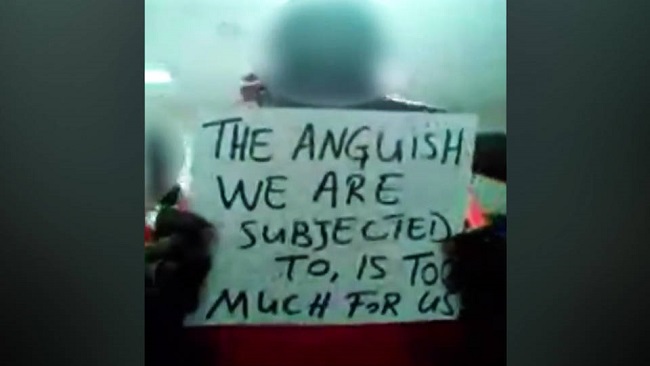 US: 100+ Cameroonian Asylum Seekers Deported Despite Fear of Being Killed 0

Over 100 asylum seekers from Cameroon were deported en masse Tuesday afternoon, despite congressional intervention and efforts from activists, who held an action at the Fort Worth Alliance Airport in Texas to try to stop the deportation flights. Among those deported were several leaders of a hunger strike at Pine Prairie Detention Center in Louisiana and two Cameroonian women who fear they were unknowingly subjected to forced sterilizations at Irwin Detention Center in Georgia.

Immigration rights groups say ICE agents coerced the asylum seekers into signing their deportation orders after months of torture and abuse. The asylum seekers say they were held in solitary confinement after joining hunger strikes. Many of them fear they’ll be killed upon their arrival to Cameroon.