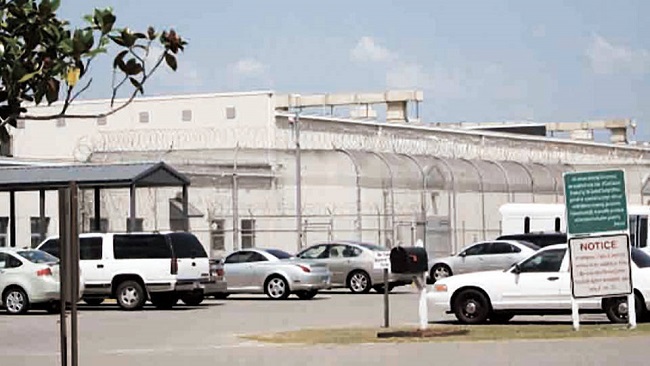 US: Cameroonian asylum seekers were subject to torture at an ICE detention center in Mississippi 0

If you thought ICE detention centers couldn’t get any worse, think again. In Mississippi, US immigration staff allegedly tortured Cameroonian asylum seekers until they signed their deportation documents. Cameroonians are seeking refuge outside of their country due to Cameroon’s Anglophone Crisis, which has been occurring since October of 2016.

According to the Central Africa branch of the International Crisis Group, 20% of the population feel marginalized.

Four years ago, strikes and riots resulted from years of frustration in the country’s Anglophone minority and led to political demands from the population. The government’s approach was deemed not effective and was forced to negotiate trade unions with Anglophones. However, the population was subject to three months without internet, six months of strikes, and one entire school year lost. Today, there is a demand for federalism or secession at a boiling point.

The Instagram account, Justice For Cameroon, details the history of migrant Cameroonians, and why some are fleeing the country and seeking refuge in the United States as a result of the crisis.

On February 5, 2019, The Washington Post also published an investigative video on the crisis in Cameroon.

For the first time since 1996, Cameroon will hold its first regional polls in December. Current President Paul Biya has been in power since 1982.

English-speaking provinces will also take part in the election process, which comes after years of separatists fighting with the government that has cost more than 3,000 lives and uncertain living conditions for many more.

The people who have fled from Cameroon have come in fear of government forces that have enacted countless civilian killings, and are  are awaiting asylum hearings in ICE detention centers.

There is where the problems begin for the already threatened people.

Multiple refugees have alleged detainees were threatened with violence, choked, beaten, and pepper-sprayed as a way of forcing them to to request the complete opposite of asylum.

It is reported ICE agents put several of their detainees in handcuffs, and forcibly took their fingerprints to replace their signature for the stipulation order of removal. This meant the asylum seekers were forced to waive their rights for immigration hearings and accept deportation.

Advocates for human rights alongside attorneys reported an acceleration in deportations recently. With the election around the corner, the link between the Trump administration’s immigration policy and quicker rates of deportation is clear.

Freedom for Immigrants Executive Director, Christina Fialho said reports of the abuse began in late September and early October of 2020.

“We began to receive calls on our hotline from Cameroonian and Congolese immigrants detained in ICE prisons across the country. And they were being subjected to threats of deportation, often accompanied by physical abuse,” she said.

Fialho added that ICE thrives in secrecy, and “operates in the shadows.”

On Oct. 13, a plane flew 60 Cameroonians and 28 Congolese asylum seekers out of the country from Fort Worth Alliance Airport in Texas.

Quietly, ICE used a charter plane with no flight plan. Luckily, it was found and tracked by the immigration rights group Witness at the Border, and they reported a stopover over in Senegal, Cameroon, the Democratic Republic of Congo before landing in Kenya, and then arriving back in Texas.

In 2019, the Trump admin cut trade privileges with Cameroon due to the ongoing uprisings in the country.

The deported individuals on the flight testified about the abuse they suffered in detention centers under the Cameroonian military, with some having family murdered.

Under the U.S. immigration court system, run by the Justice Department, Cameroonians are also regularly denied asylum or parole.

A complaint filed in conjunction with FFI and the Southern Poverty Law Center recounts eight different stories with claims of abuse and torture.

One person, who was taken off the Oct.13 flight, codenamed CA, still faces deportation, but was one of the people that shared their accounts.

They claim to have been pepper-sprayed before being dragged on the ground.

“The officers told me to open my eyes. I couldn’t. My legs and hands were handcuffed. They forcefully opened my palm. Some of my fingers were broken. They forced my fingerprint on to the paper,” they said.