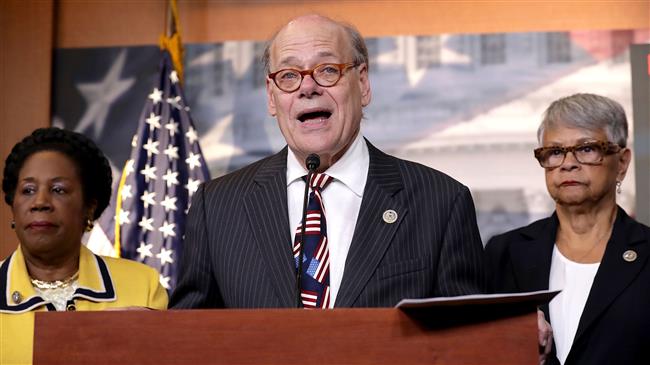 Democratic lawmakers in the US House of Representatives are attempting to give a national platform to President Donald Trump’s sexual harassment accusers if they win back the lower chamber of Congress in November’s midterm elections.

As the snowballing sexual harassment allegations sweep the US, toppling powerful men in business, entertainment, the media and a handful of lawmakers in Congress, a growing number of Democrats think Congress should lend a voice to Trump’s accusers if their political party controls the House next year.

“I think it would be most appropriate,” said Representative Steve Cohen, a Democrat from Tennessee who is among the handful of Democrats pushing to impeach Trump.

“I mean, this is the most unusual circumstance that you have a president with over a dozen accusers of sexual harassment occupying the most prestigious position in the country.”

Several Democratic lawmakers in the upper chamber of Congress have called for congressional hearings for Trump’s accusers, who number at least 19.

“The President has shown through words and actions that he doesn’t value women. It’s not surprising that he doesn’t believe survivors or understand the national conversation that is happening,” said Senator Kirsten Gillibrand, a Democrat from New York.

“If he wants due process for the over dozen sexual assault allegations against him, let’s have Congressional hearings tomorrow,” she tweeted. “I would support that and my colleagues should too.”

Sexual harassment accusations have swirled around Trump long before he was elected president in November 2016.

Nearly 20 women have accused Trump of sexual misconduct dating back decades, ranging from unwanted touching to groping to assault. Trump has denied any wrongdoing. The White House has called his accusers liars.