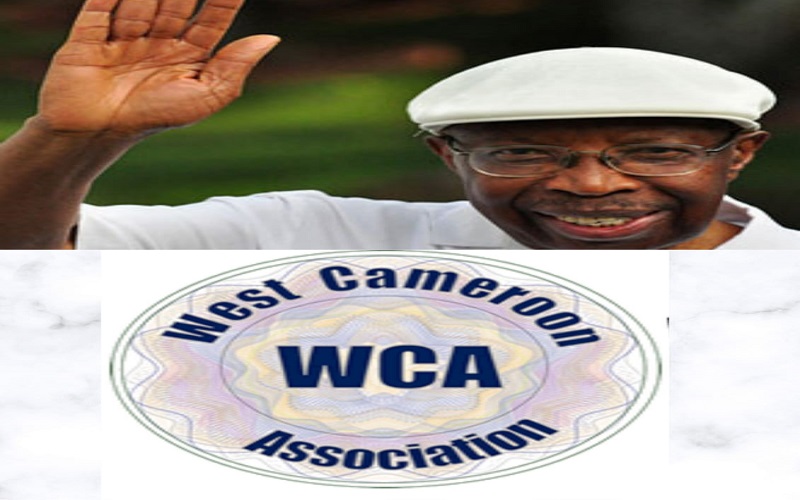 The West Cameroon Association, (WCA) would like to express our sincere condolences to the family of Mola Njoh Litumbe, who passed away in Cameroon on the 29th of May 2020 at the age of 94.

We will always remember with fondness and profound gratitude that Mola Litumbe honored our invitation to a symposium held at the Coventry Hilton Hotel in the United Kingdom, on the 30th of September 2017.

Despite the seemingly insurmountable challenges which were faced by all the invited panelists, Mola Njoh Litumbe was the only one who was able to overcome the obstacles to make it safely in person to the symposium.

That singular act of commitment is a great testament to Mola Njoh’s exemplary character and his unimpeachable integrity. He presented the case for The Independence of Southern Cameroons (a cause in which he firmly believed and to which he had dedicated a significant portion of his life), with such eloquence that fascinated and inspired the audience.

Mola Njoh Litumbe was a quintessential product of the old school of gentlemen from Southern Cameroons. A doughty and fearless activist, a persuasively articulate polemicist, fair-minded and brilliant in debate and with a willingness to listen to others. He was engaging, intelligent and an inspirational speaker. It was a privilege to hear him talk. He reminded us of the best qualities in the Anglo-Saxon tradition; a part of our colonial heritage over which he had fought fiercely to uphold and preserve

Needless to say that Mola Njoh Litumbe will be sorely missed. In gratitude to his life-long dedication to the cause of the liberation of the Peoples of Southern Cameroons, we, of the WCA, promise to continue to work towards securing a negotiated lasting settlement. We aspire to eventually secure that missing proverbial ‘marriage certificate’, to which he often alluded, for the self determination of the people of Southern Cameroons.

On behalf of the West Cameroon Association