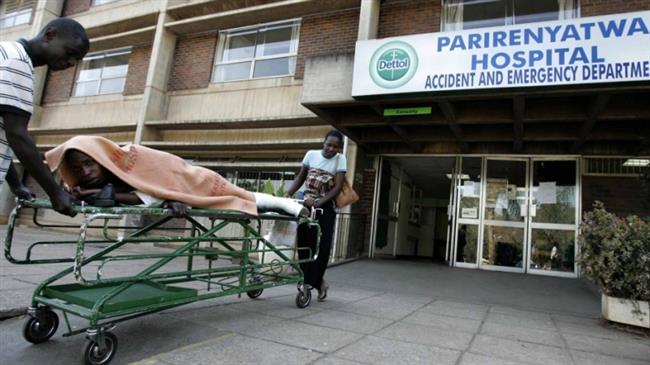 Zimbabwean doctors at main state hospitals have escalated their strike, dealing only with emergency cases to pressure the government to agree to pay raise and address drugs shortage in hospitals.

Senior doctors on Wednesday joined the strike, which started two weeks ago among junior doctors, stoking fears of loss of lives.

“We will only return to work when all issues raised have been fully resolved,” the Zimbabwe Hospital Doctors Association (ZHDA) said in a statement.

“We note with concern the closure of almost all central hospitals, children’s units, provincial hospitals and cessation of emergency life-saving procedures throughout the country.”

Labor unrest could pose a test for President Emmerson Mnangagwa, who was officially sworn in as the country’s new president in November after long-time ruler Robert Mugabe resigned under pressure. Mnangagwa pledged to revive the country’s ailing economy and attract foreign investment, after public sector strikes over the state’s failure to pay salaries on time became a regular feature of Mugabe’s rule.

“My brother had an appointment for a review for his broken arm, but the doctors are only attending to critical cases,” said Sicelo Phahlane, leaving the main state hospital of Mpilo in Bulawayo City. “This new government must address the doctors’ grievances urgently to save lives and show it has a different approach to issues from the previous one.”

A doctor at Mpilo, who spoke on condition of anonymity, said, “We are not going back to work until the authorities address us.”