The head of the African Union, Senegalese President Macky Sall, will speak with President Vladimir Putin in the southwestern Russian city of Sochi on Friday, Dakar said.

The visit is aimed at “freeing up stocks of cereals and fertilisers, the blockage of which particularly affects African countries”, along with easing the Ukraine conflict, Sall’s office said Thursday.

The visit was organised after an invitation by Putin, and Sall will travel with the president of the African Union Commission, his office added.

The AU will also receive a video address from Ukrainian President Volodymyr Zelensky, though no date has been set. 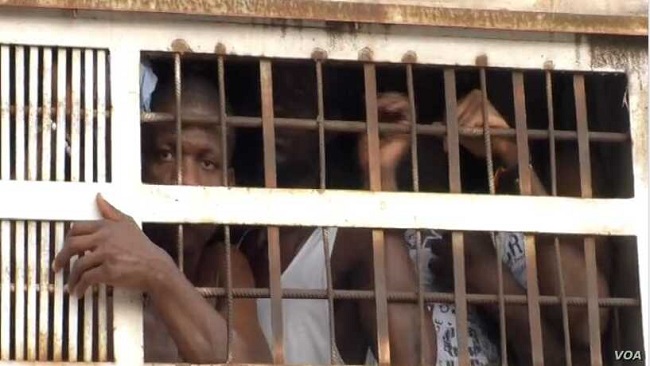 The Southern Cameroons Department for Homeland Security says more than three thousand Ambazonians have been detained by French Cameroun since the war started in 2017.

A statement released recently by the Ambazonia Interim Government said on Monday that French Cameroun prison authorities and the National Gendarmerie have been committing brutal crimes against English speaking Southern Cameroons prisoners, including women, children, and the elderly.

Southern Cameroons prisoners are subjected to severe physical and psychological torture during the arrest, at interrogation centers, and in jails, the IG statement noted.

According to the Ambazonia Interim Government, nearly 175 Southern Cameroons detainees have been killed as a result of torture and medical negligence in Francophone jails in Douala, Yaoundé, Dschang and Mbouda.

The Southern Cameroons prisoners have been held for over five years now without being charged, tried, or convicted. 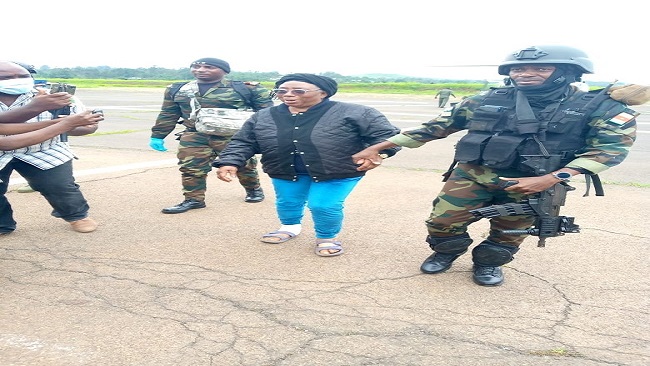 Who says kidnapping is not a lucrative business?  The release of Senator Regina Mundi has demonstrated that kidnapping is the business of some of the factions involved in the insurgency in Cameroon.

ADF, Cho Ayaba’s criminal gang, has just been made richer by a desperate Yaoundé government which has been seeking to demonstrate that it has the military muscle and that it is in control of its territory.

Regina Mundi had been kidnapped some three weeks ago and all attempts by the government to free her without losing any of its soldiers fell flat on their faces.

The armed ADF militants had demanded the release of some 80 Southern Cameroonians held in the Yaoundé Maximum Security Prison, but the government was reluctant to engage in such an arrangement.

The government instead delivered CFAF 80 million through an agent, then later went to where the ADF insurgents had told the government agent to meet the weary Mundi and staged a melodrama designed to save the government’s face.

It’s hard to believe that after a serious exchange of fire, the government soldiers did not register any casualty or lost any people.

Ms. Regina Mundi could not have come out of the lion’s den unscathed without the government engaging in a certain qui pro quod.

Money has changed hands and this might encourage other factions in the fighting to review their strategies.

A source close to the ministry of defense has informed Cameroon Intelligence Report that if the government had not paid such a huge amount, the old and frail lady would have still been in captivity.

“Those separatists are not people you joke with. Senator Mundi is happy to be out of the lion’s mouth and she has a message for the government – make peace with the insurgents or there will be no rest in Yaoundé,” the source said.

The source added that the “the senator looked healthy and from her clothing, it could be concluded that she was well-dressed and waiting for the military to come and pick her up.”

“There was no stress on her face and no fear. That clearly says that it was an arrangement between the government and the kidnappers. If the government has become a good customer in the business of kidnapping, then small kidnappers will have to step up their game to earn more,” he said.

“Nobody is free. There is money to be spent. All government officials should be ready now to head to the jungle. The boys are now more aggressive. There is money and who does not want it. The government has money to give away, but it cannot sit and dialogue with the same kidnappers. What an irony,” he concluded. 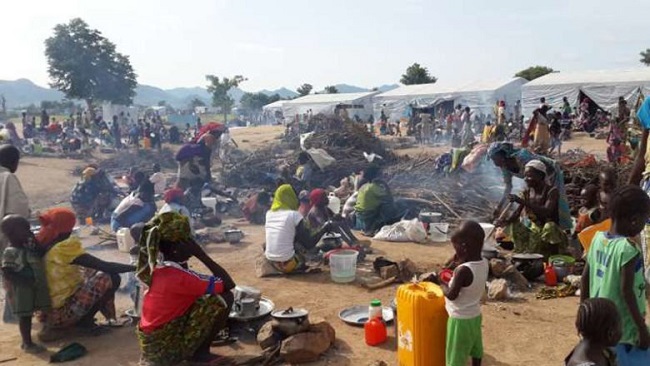 Twenty-four civilians were killed and around 60 wounded in an attack by gunmen in Akwaya Sub Division in Manyu on Tuesday.

The death toll in the remote Southern Cameroons sub constituency is one of the bloodiest in a nearly five-year conflict pitting armed Ambazonia Restoration Fighters against Cameroon government forces in the breakaway West Cameroon.

The gunmen reportedly attacked Obonyi II, a village in Akwaya near the Nigerian border.

Unconfirmed reports say gunmen were separatists fighters who wanted the inhabitants to pay them money levy to support the armed conflict against the Francophone dominated military.

Local authorities placed the death toll at 24 with at least 62 wounded.

Cameroon Concord News gathered that after the attack, some people fled to Nigeria and others to the forest.

In 2017, Anglophone resentment over perceived discrimination radicalized and snowballed into a separatist movement that declared the two regions independent.

Clashes between militants and security forces have claimed more than 6,000 lives and displaced around a million people, according to the International Crisis Group (ICG).

The separatists have attacked police, soldiers, civil servants and schools, whom they consider to be symbols of the state, and often carry out kidnappings.

However, civilians have suffered abuses by both sides, according to international NGOs and the United Nations.

Earlier Tuesday, the Cameroon government army said it had freed a kidnapped senator. Senator Elizabeth Regine Mundi, 79, had been kidnapped along with her driver on April 30 in Bamenda, in the Northwest Region.

However, Cameroon Concord News sources hinted that the Biya government delivered CFAF 80 million through an agent then later went to where the ADF insurgents had told the government agent to meet the weary Senator Mundi and staged a melodrama designed to save the government’s face.

Militants of the terror group Boko Haram killed at least three soldiers and four civilians in a raid early Tuesday in Cameroon’s Far North region, according to security and local sources.

A military official who opted for anonymity told Xinhua that militants armed with heavy weaponry arrived in Hitaoua, a locality in the region by 3 a.m. local time. They overran government forces, killing at least three soldiers and four civilians.

One person was also abducted.

Reinforcement troops arrived at the locality and repulsed the attackers who retreated into the mountain, according to the locals.

In another Boko Haram attack in the region Monday night, the militants wounded four civilians, members of the same family in Yabogo village. The militants have stepped up attacks on civilians and military in the region in the past one week, according to security reports.