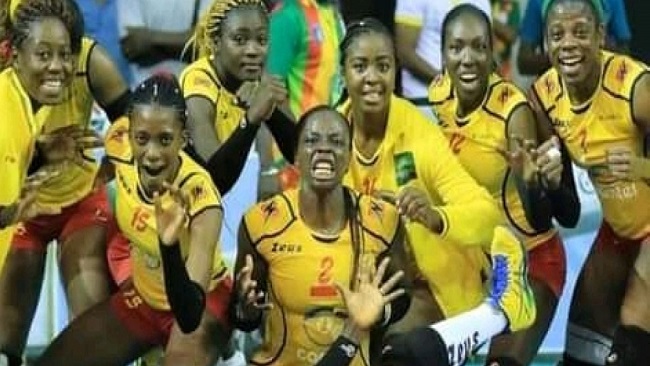 Africa Cup of Nations Women’s Volleyball: Cameroon is champion for the third time 0

The Cameroonian women defeated the Kenyan women on the score of 2 sets to 1. After losing the first two sets respectively by (25-23 and 25-23) the malkia stricker of Kenya, came back in the match in the third set (15-25) thanks to Shumba.

This is the third time that Cameroon is meeting the same opponent in the final of the Africa Cup of Nations Women’s volleyball.

The formidable Kenya, 9 times African champion, played the final for the sixth time in a row. The five previous ones ended with 3 victories and 2 defeats. As for Cameroon, it was playing its 4th final.

The first three had resulted in two wins and one loss.