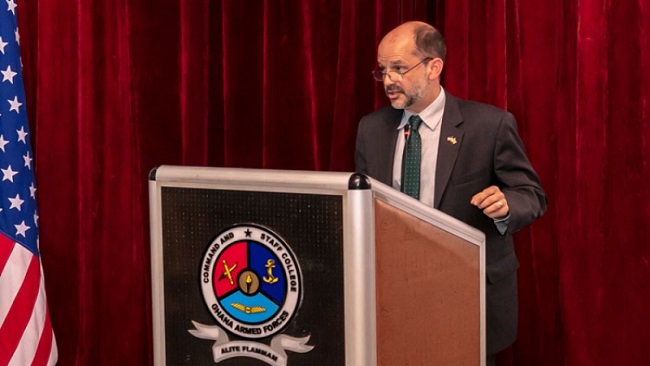 After a very long wait, new U.S. Ambassador to Yaoundé arrives to take up post 0

Ambassador Christopher John Lamora is finally in Yaoundé almost two years after the departure of his predecessor Peter Henry Barlerin.

Hon. Barlerin took over from Micheal Stephen Hoza just three months after he was accredited to Cameroon. In contrast, Christopher John Lamora landed in Cameroon nearly two years after the departure of Peter Henry Barlerin.

Cameroon Concord News senior political man in the United Kingdom Nelson A. Agbor opined that this is unprecedented in the history of diplomatic relations between Yaoundé and Washington. The reasons for this long wait have not been disclosed.

Proposed by U.S. President Joe Biden since April 2021, the 52-year-old diplomat was sworn in last February 11 in Washington. As diplomatic ritual dictates, he will also go to the Unity Palace in Yaoundé to present his credentials to the 89-year-old President Paul Biya.

Christopher John Lamora is returning to a country he knows well, having served as U.S. Consul General in Douala, the economic metropolis. He also served as Deputy Chargé de Mission at the U.S. Embassy in Ghana before being promoted to the rank of Ambassador.