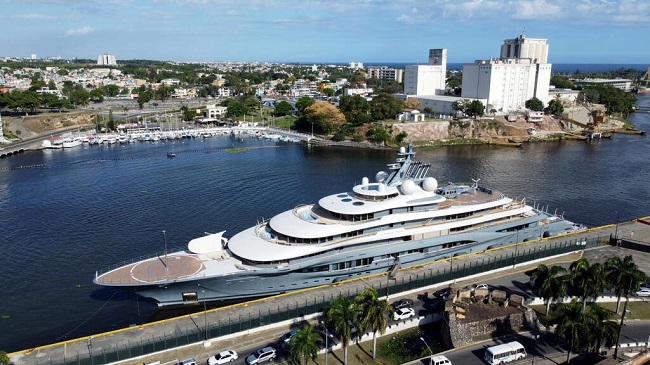 A sanctions task force of leading Ukraine allies has frozen more than $330 billion in financial resources owned by Russia’s elite and the central bank since Moscow’s troops invaded, the group announced Wednesday.

The Russian Elites, Proxies, and Oligarchs Task Force (REPO) said in a joint statement that they had blocked $30 billion in assets of Russian oligarchs and officials, and immobilized $300 billion owned by the Russian central bank.

They have also detained at least five luxury yachts and frozen opulent real estate owned by the country’s billionaires.

“Together, we will ensure that our sanctions continue to impose costs on Russia for its unprovoked and continuing aggression in Ukraine,” the group said in a statement released by the US Treasury.

REPO was formed on March 17, three weeks after the invasion of Ukraine, to increase pressure on Moscow economically in hopes of getting Russian President Vladimir Putin to end the war.

Its members include top finance and justice officials of the United States, Australia, France, Canada, Germany, Japan, Italy, Britain and the European Commission.

They have moved steadily to take hold of luxury estates and mega-yachts of Russian billionaires known to have ties to Putin.

But they have also worked to isolate Moscow in the global financial system, making it harder for the Kremlin to use its money on the global markets.

They have constrained Moscow’s ability to acquire advanced technologies.

On Sunday Britain, Canada, Japan and the United States jointly announced they would ban the purchase of gold from Russia in order to prevent the country and its tycoons from using the metal to avoid sanctions.

REPO warned it would continue to pursue the assets of wealthy and powerful Russians.

“REPO’s work is not yet complete,” they said. “We continue to increase Russia’s cost of its war.”