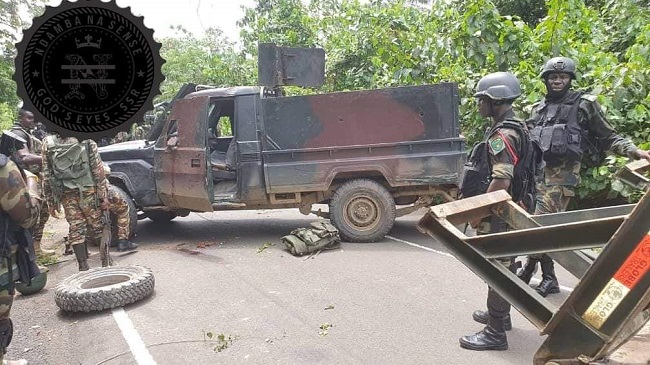 Ambazonia blows to the Biya regime have grown multiple times 0

The Vice President of the Southern Cameroons Interim Government (IG) says Ambazonia undercover operations on French Cameroun have multiplied, but the IG cannot reveal the details.

“I have directed our fighters to hit the enemy where it pains most and these blows will continue until we get to Buea,” Yerima said, adding “These are the attacks that the Federal Republic of Ambazonia has inflicted deep inside French Cameroun and in Ground Zero”.

Vice President Yerima was commenting on a statement by Cameroon government military about some recent incident in Missong in the North West region, for which Yaoundé have tried to imply responsibility.

“When their Francophone army kills innocent Southern Cameroonians, they now openly declare it, like when their troops cowardly opened fire, killing four women, four men and an 18-month-old girl and slightly wounding a 12-month-old baby in Missong. It is similar to the blind murders in Ngarbuh,” he said.

Vice President Dabney Yerima said contrary to other restoration groups, the Interim Government cannot disclose many of the deadly blows it deals to the occupying Cameroon government forces. “The Ambazonia Interim Government mostly observes the lights-off and confidentiality principles in these attacks.”