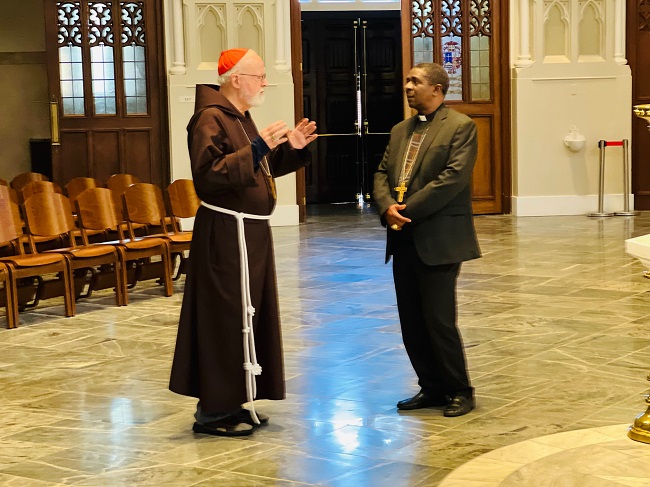 The Most Rev. Andrew F. Nkea, Metropolitan Archbishop of Bamenda and President of the National Episcopal Conference of Cameroon visited the Roman Catholic Archdiocese of Boston in the US.

Archbishop Nkea had traveled back and forth before, but this recent visit was a chance to share the Roman Catholic faith and build relationships.

Revered Father Maurice Agbaw-Ebai who initiated the visit told Cameroon Concord News that what caused the Cameroonian Archbishop to come to Boston is love and that love is what propels partnership.

His Grace Archbishop Andrew Nkea spent the week touring the archdiocese and meeting with the Rector of St. John’s Seminary, Boston MA,  the President of Boston College and above all with His Eminence Cardinal O’Malley, Metropolitan Archbishop of Boston.

By Soter Agbaw-Ebai with files