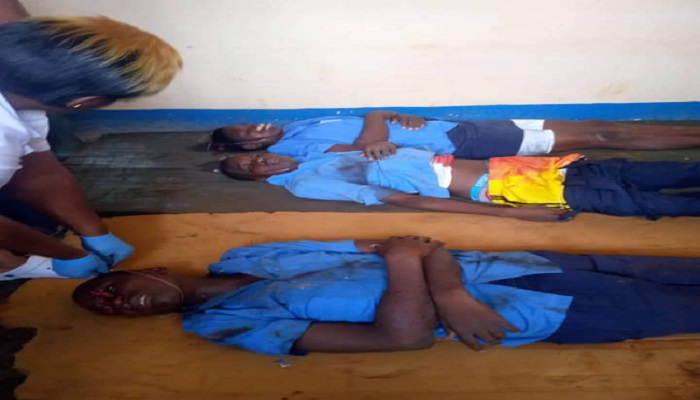 Attack on GBHS Ekondo Titi: The madness must stop! 0

Today’s incident in Ekondo Titi in the Southwest region of Cameroon must be condemned by all. Placing bombs in schools will never lead to the independence many think is close-by.

Two teachers and three students of Government Secondary School Ekondo Titi were confirmed dead at press time. They were killed by people who claim to be liberators.

Reacting to the news Cameroon Concord’s Dr Joachim Arrey opined that “You don’t liberate your people by killing them. You don’t liberate children by robbing them of education that can guarantee them a bright future.”

Dr. Arrey furthered that “This version of independence, which unfortunately targets those who are not responsible for anything that has gone wrong in Cameroon, is without a doubt, the worst form of independence.”

“The government should seek ways to step up security in the war-torn regions. It should also take appropriate measures for talks to start in earnest. Children deserve to be in school. That is where they belong”  Dr. Jaochim Arrey added.