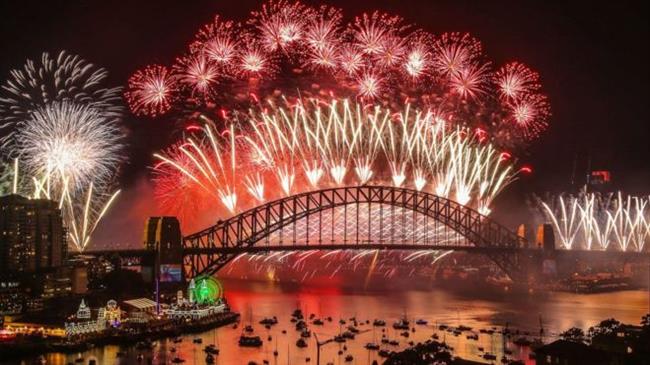 Australia: Sydney fireworks to go ahead despite massive protest petition 0

A petition to cancel Sydney’s famous New Year’s Eve fireworks and use the money to fight bush fires ringing the city has topped 260,000 signatures, but officials say the show will go on.

Sydney is spending Aus$6.5 million ($4.5 million) on this year’s fireworks display — funds that the Change.org petition argues would be better spent on supporting volunteer firefighters and farmers suffering through a brutal drought.

The massive fireworks display on Sydney Harbour “may traumatize some people,” the petition says, “as there is enough smoke in the air.”

Toxic smoke haze from bush fires raging across Australia has blanketed Sydney and other major cities for weeks.

Entire towns have been left in ruins by devastating blazes in worst-hit New South Wales (NSW) state, where eight people have died and an area the size of Belgium burnt to cinders.

“2019 has been a catastrophic year in Australia for Floods and Fires,” the petition states. “All states should say NO to FIREWORKS.”

A City of Sydney spokesman said while they “appreciate the concerns” of the people opposed to holding the fireworks during a bush fire crisis, cancelling the celebration would have “little practical benefit for affected communities.”

“We began preparations and planning for the NYE celebrations 15 months ago. This means most of the budget, largely used for crowd safety and cleaning measures, has already been spent,” the spokesman said in a statement.

“Cancelling the event would seriously hurt Sydney businesses. It would also ruin plans for tens of thousands of people from across the country and overseas who have booked flights, hotels and restaurants for New Year’s Eve,” the statement added.

Sydney’s council added that it has donated Aus$620,000 to support the bush fire and drought response and would also promote a Red Cross disaster relief fund during the televised fireworks broadcast.

A heatwave is due to sweep across parts of NSW in the coming days, with deteriorating bushfire conditions expected to hit Tuesday.

NSW Rural Fire Service Commissioner Shane Fitzsimmons said he did not expect any impact on the fireworks, but he was prepared to cancel them last-minute if he deemed it to be too risky.

“The pyrotechnics organisations and local authorities are used to working with us around exemptions in the summer period, whether it is Christmas, New Year or some other event,” he said. “They know the arrangements, the procedures, and we will work through to make sure that risk is appropriately addressed and, where necessary, we won’t allow them to go ahead.”

The display, watched by an estimated one billion people globally, is worth Aus$130 million annually to the NSW economy.