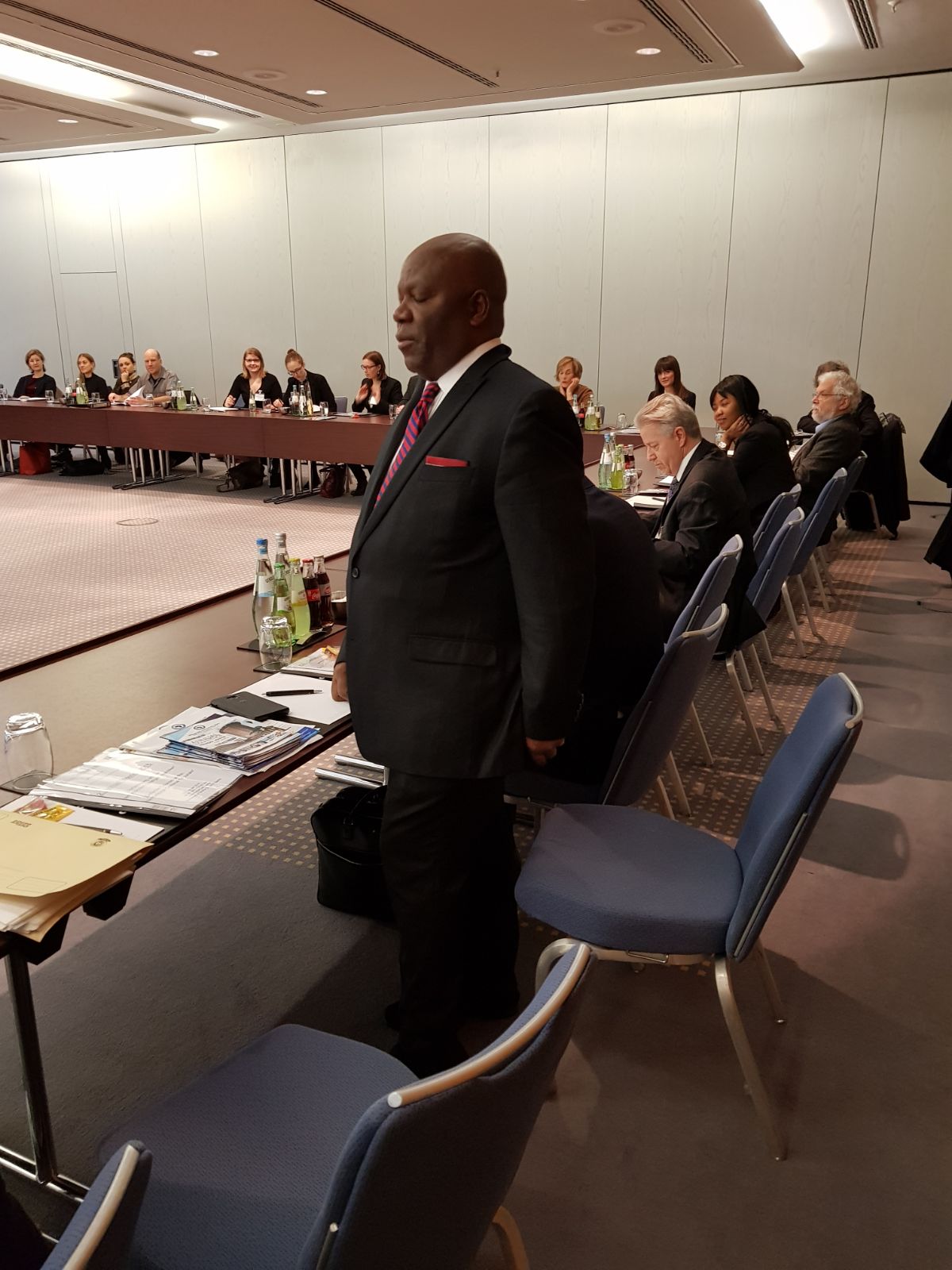 African Bar Association President has called for the release of Southern Cameroons Ambazonia leaders and members of the African Bar Association members abducted and detained by Nigeria at the annual conference of the international criminal Bar in Berlin Germany today.  He also called for international intervention to halt the genocide in Southern Cameroons.

The African Bar Association, Afba, had issued a 48-hour ultimatum to Nigerian authorities to release Cameroon’s separatist leaders who were reportedly arrested by Nigeria’s State Security Services. The association’s President Hannibal Uwaifo had earlier painted the arrests as unlawful and a violation of human rights. The African Bar Association further pointed out that extradition will be a violation of international law and Nigerian local laws given the country does not have an extradition treaty with Cameroon.

By Chi Prudence Asong in Berlin