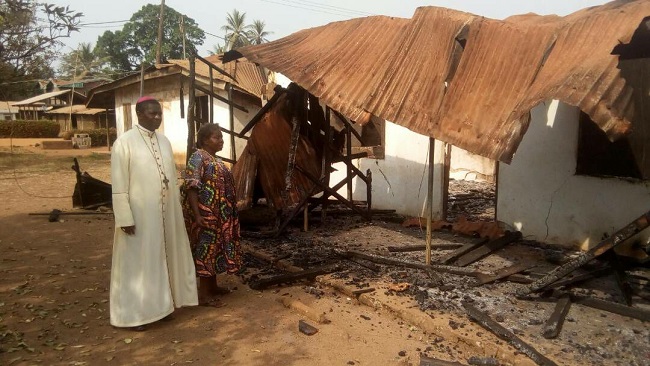 Bible translators among those killed, forced to flee violence in Southern Cameroons 0

It was early morning in western Cameroon on May 23rd. A local Bible translator walked out of his house to head to his fields that day. Then just down the road, he saw a white vehicle barreling his way.

The translator shares, “Bullets were flying out of the car towards me. But by the power of God, I was able to escape all the bullets and none of the bullets hit me and I escaped. I ran and hid far away in the bushes.”

He saw the men in the vehicle get out and approach his house. It had been built by his father, and he had hoped to pass this home on to his own children. So what he witnessed was heartbreaking.

The Cameroonian Bible translator now lives with his wife, mother, and children in the bush where they are constantly eaten at by mosquitoes. “My children are still too young and I don’t know what I can do now. I am stranded and do not have anything. I have nothing left except the clothes on me; I had them on that morning. All my documents have been burnt, except my ID card that was on me…. I trust in the Living God that I serve, else I should not be here talking now.” 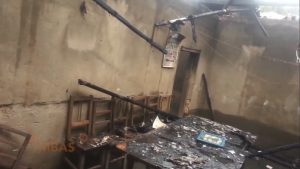 These scenes of brutality have plagued Cameroon for several months now. Cameroon was a largely peaceful country until recently when disputes between French-speaking state forces and English-speaking separatists caused violence to break out in the west.

Bruce Smith with Wycliffe Associates explains, “It goes back to the post-colonial season of their history where there was a French-speaking portion of the country and an English-speaking portion of the country that eventually unified to create a federation, which is the current Cameroon. But unfortunately, the people in the western part of the English-speaking majority area has not felt adequately represented or regarded in terms of the governance of the country. This has been growing in recent years and until just [recently] where it has exploded really into this common violence.”

More than 160,000 people have been displaced by the surge of violence in Cameroon, and at least 21,000 have fled as refugees to Nigeria.

Wycliffe Associates has worked with Bible translation partners in Cameroon for about 25 years. The unrest in the country has directly affected Bible translators and their work. One translator, Anka Terence, was among those killed by soldiers in the Ngwo region on May 23rd.

“There has been a number of people that have had their homes burned,” Smith says. “They have had to flee into the bush…. The problem is the violence just seems to continue to be escalating with no end in sight. We’re concerned, naturally, for the people of the country, but also for the progress of Bible translation there as well.” 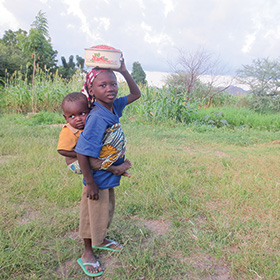 There were 85 Bible translation projects in progress in Cameroon when the violence broke out. About 17 of the Bible translation languages are located in the western region and have either been slowed or come to a dead-stop because of these attacks.

“There is just a huge disruption to the whole family of Bible translation projects that are going on. Even though it’s only affecting 20 percent of them, 20 percent is a pretty large number when it’s your brothers and sisters in Christ.”

Smith explains, “The Church is not really a target in this process, but unfortunately as the Church leaders have tried to mediate this disagreement between different parts of the country, they have also been targeted in lawsuits by the government and basically intimidated in order to back down so that they wouldn’t continue to influence the process.”

Wycliffe Associates is currently seeking to locate other Bible translation partners that have gone missing.

“We’re trying, first of all, to secure the people’s safety, the translators that are part of the teams that have been driven out of their homes. Most of them have lost their fields, they have lost their herds, their animals, things like that as well as their physical homes. They’re basically just surviving [by] hunting and gathering in the bush. So we’re trying to locate them, we’re trying to get them to safe places, trying to help them reconsider resuming their Bible translation work, but they really have to go through some counseling and some adaptation in between now and then in order to make that possible.”

While the hope is to eventually resume the affected Bible translation projects, they also have to recover the lost manuscripts or digital files for those projects and see if they are still viable.

“It’s a huge matter of prayer. It’s an urgent matter for us to respond to financially, so we would invite listeners to be a part of that as well. This is the time for us to stand with our dear brothers and sisters in Christ in Cameroon.”