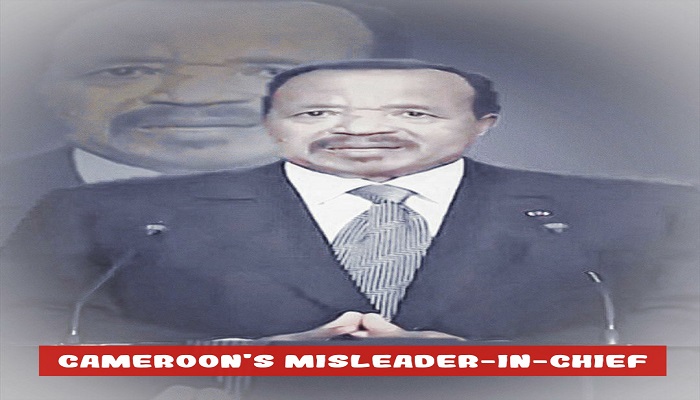 Biya must be held accountable for crimes against Southern Cameroonians 0

The Southern Cameroons Interim Government (IG) has called upon the International Criminal Court  to hold President Biya accountable for the incessant crimes and human rights violations against the people of Southern Cameroons, emphasizing that tough ICC action would prevent the French Cameroun regime from committing more war crimes and crimes against humanity.

Vice President Dabney Yerima said in a statement on Monday that the people of Southern Cameroons-Ambazonia have long been victims of gross, systematic, and rampant violations of human rights by the Francophone regime backed by France.

Dabney Yerima pointed to the excessive use of live ammunition against Southern Cameroons civilians as an example of crimes against humanity, denouncing the unwavering support of the French government headed by Emmanuel Macron for the French Cameroun regime’s heinous acts over the past five years.

Yerima noted that troops loyal to the French Cameroun regime in Yaounde are preventing Southern Cameroons businessmen and women from trading and marketing most basic and essential needs, and the Francophone soldiers have also created a major obstacle that medical officials in Southern Cameroons have had to face in their COVID-19 response.

The exiled Southern Cameroons leader stated that the International Criminal Court must hold Biya accountable for his never-ending horrific crimes, stressing that such a strong measure would possibly stop the Yaounde regime from perpetrating more war crimes and crimes against humanity.