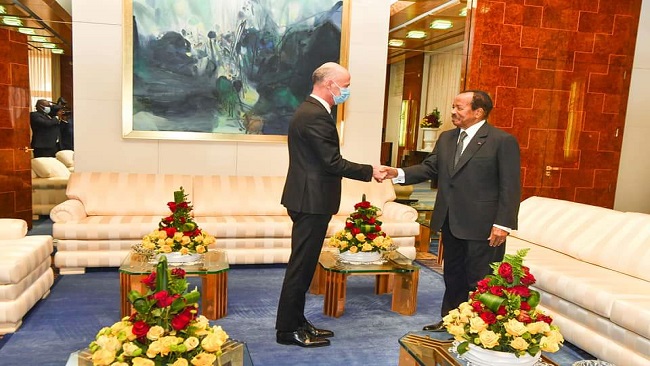 The French Ambassador Christophe Guilhou was at the Unity Palace today to push for a succession plan program.

Pro Yaoundé media houses reported that the top French diplomat and Biya discussed the current situation in Ukraine and its consequences on the world economy.

However, Cameroon Intelligence Report sources confirmed after the meeting that Paris is very worried about Biya’s deteriorating bill of health and the need for new blood that will protect French interest.

The French are scared that if Biya disappears suddenly, there could be chaos and they will lose Cameroon, especially as Russians are spreading their presence on the continent.

Ever since the Biya regime purchased arms from Moscow, Paris has been very concerned and it is working hard to build confidence even though it no longer trust Biya who is crumbling and losing his mind.