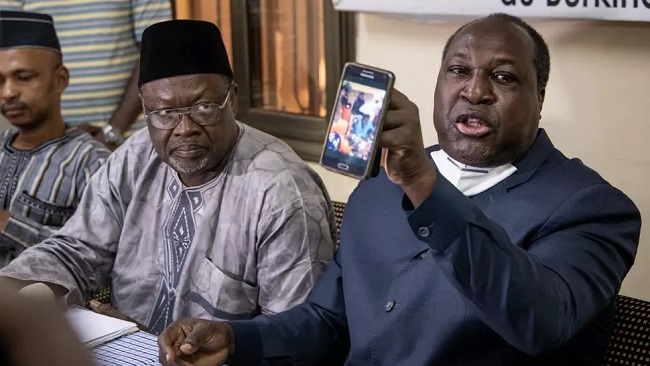 Incumbent Burkina Faso President Roch Kaboré was leading with just 12 of around 360 voting districts declared on Monday, the electoral commission said, while opposition parties cast doubt on the credibility of the results thus far.

Hundreds of thousands of citizens were unable to cast their ballots during the presidential vote on Sunday because their polling stations remained closed for fear of Islamist violence.

Groups linked to al Qaeda and the Islamic State group operate across swathes of Burkina Faso, part of a widening jihadist threat in West Africa’s Sahel, a semi-arid region south of the Sahara Desert.

An association of the opposition parties cast doubt on the credibility of the results on Monday, repeating allegations of irregularities and fraud during a joint news conference. Ahead of the vote, international observers said they had seen no evidence of fraud.

Analysts expect a tight race that could go to a second round if no candidate wins more than 50 percent.

Kaboré, who was first elected in 2015, led in most of the dozen voting districts whose results were announced on Monday afternoon, totalling over 53,000 votes, more than double as many as his nearest rival, Zéphirin Diabré.

The electoral commission said further results would be announced on Tuesday.

Diabré is a former finance minister and 2015 runner-up. Kaboré’s other main competitor in the field of 13 candidates is Eddie Komboigo, the head of the party of Blaise Compaoré, who was president for 27 years until a 2014 revolution.