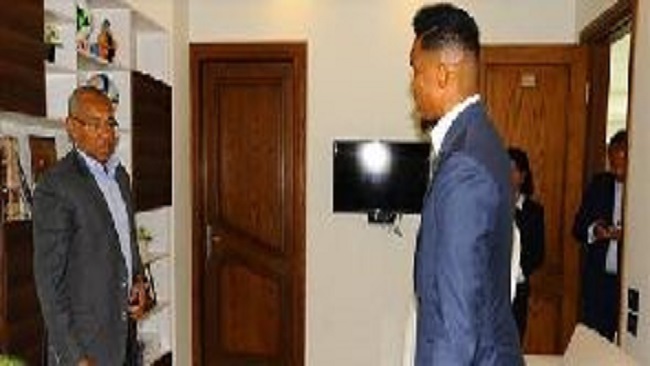 The four-time African Player of the Year met with CAF President Ahmad Ahmad, where he commended the latter on the progressed attained by African football under his watch.

He also had discussions with CAF Deputy General Secretary, Anthony Baffoe, who later took him on a tour of the Secretariat including the recently commissioned state-of-the-art Match Command Centre, which amazed the Cameroonian star.

Eto’o, Africa Cup of Nations winner with Cameroon in 2000 and 2002, was accompanied by the president of the Normalisation Committee of the Cameroon Football Federation, Dieudonne Happi.

Still on the books of Turkish club, Konyaspor, Eto’o remains one of the most celebrated idols in the history of African football, winning over a century of caps with Cameroon.