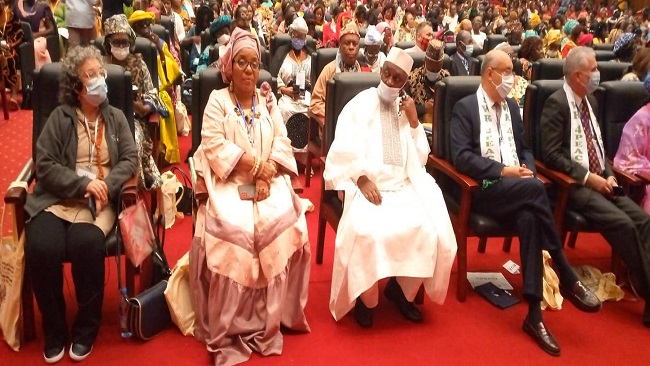 A peace conference dubbed National Women’s Convention for Peace grouping over 1,000 women from Cameroon’s 10 regions opened in the capital, Yaounde on Thursday amid rising security challenges in the Central African country.

The three-day conference, the first of its kind, was organized by grassroots leaders in collaboration with the German-based organization Friedrich Ebert Foundation. It targets essentially women peace activists, displaced women and girls, victims of war-related violence, female traditional and religious leaders, female soldiers and women from civil society and political parties.

“Women have a very important role to play toward achieving a sustainable future and peaceful societies. The majority of women have continued to be neglected during sustainable discussions and meaningful peace-building processes,” organizers said in a statement.

The conference will send a strong collective signal that Cameroonian women are longing for peace, it said.

The conference comes in the wake of recurrent attacks by terror group Boko Haram in the country’s Far North region and separatist raids in the English-speaking regions of Northwest and Southwest.

At the end of the conference, the women will make a historic declaration for peace in the country and this will go further to create space for women in peace-building processes, organizers said.