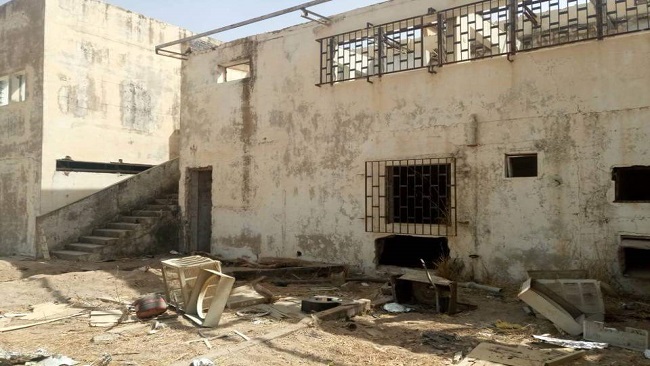 Cameroonians were shocked on Tuesday after seeing the dilapidated house of their first and late President, Ahmadou Ahidjo, who was known as the father of the nation.

Why it matters: Mr. Ahidjo was in power for 24 years, 8 months and 17 days between 18 February 1958, and November 4, 1982, when he resigned and handed over power to Paul Biya who was then Prime Minister. He was known as the man who built and united Cameroon at a time of political instability.

Mr. Biya remains in power 36 years after and he’s running for another term of seven years this year.

Mr. Ahidjo had been in charge before independence from France as interim head of State and Prime Minister between February 18, 1958 and January 1, 1960, when the French finally handed over after a brutal dictatorship. They also signed business deals that kept them in charge of the economy long after they officially left.

The pictures of the residence of the first Cameroonian President were published by Guibai Gatama, a journalist and activist who publishes L’Oeil Du Sahel newspaper. He said the residence of the former head of state in the Mayo-Oulo department in northern Cameroon had become a ghost of itself.

“It used to be a powerful place at the time,” Mr. Gatama, also from northern Cameroon wrote.