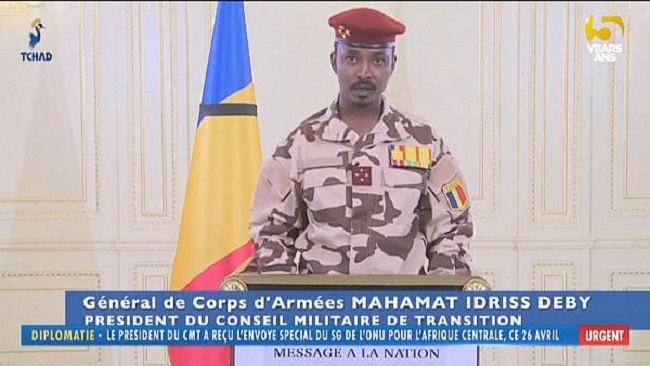 The Chadian Transitional Military Council, CMT, expressed itself for the first time on the demonstrations against the establishment of the military council led by Mahamat Idriss Déby, one of the sons of the former Chadian president killed on 19 April.

The Ministry of Public Security and Immigration had earlier placed a ban on protests but various civil society and democratic opposition bodies defied it.

According to the spokesman of the Transitional Military Council, General Azem Bermandoa, the so-called peaceful demonstration paradoxically led to the deliberate destruction of 15 national police vehicles as well as two stations belonging to the Total company.

He further added that there were intentional assaults on law enforcement officers on mission where a retired policewoman was pulled out of a public transport vehicle to be lynched.

The General called on the organisers of demonstrations to discipline their militants and deplored the death of six people.