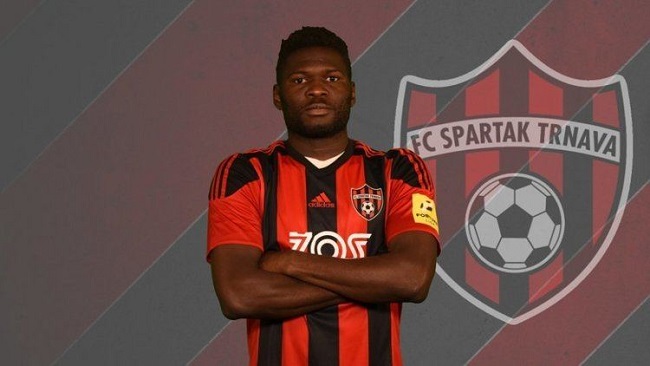 Tambe, 26, has played in Slovakia, Turkey, Romania and Moldova since beginning his professional career in 2015.

In the 2016-17 season, Tambe scored four goals in five games in the UEFA Europa League for Slovakian outfit Spartak Trnava. His performances earned him a place in Cameroon’s national team, and he was in the squad as his country won the 2017 Africa Cup of Nations.

Tambe is expected to take up the place left by striker Oscar Taty Maritu, who joined Chinese Super League side Shijiazhuang Ever Bright earlier this month.

Newly-promoted to China League One in 2019, Chang’an Athletic finished the season ninth of 16 teams.

China’s transfer window closed at midnight on Saturday, though a CFA statement on February 22 revealed that an extra transfer window would be introduced before the start of the league season, which has been delayed due to the coronavirus epidemic.

The extra window, which will last no less than three weeks, will be open exclusively to players and clubs registered with the CFA.