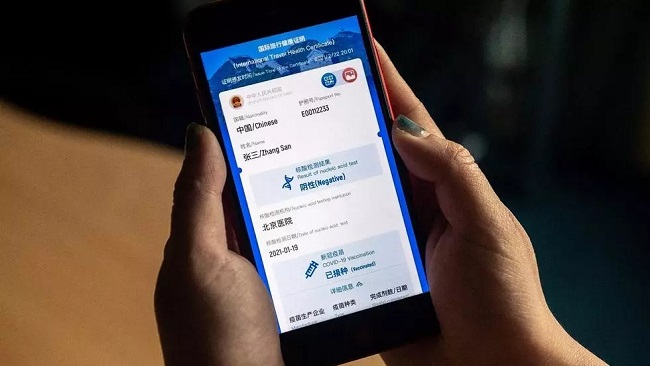 China introduced the first “virus passports” on Tuesday in a bid to boost international travel as the United States and the European Union consider similar programmes. The EU has said it plans to propose an EU-wide digital vaccination passport sometime this month.

From digital certificates to “health passports”, countries and airlines across the globe are hoping to relaunch travel by letting people prove their Covid-free status.

But with patchy vaccine access around the world and mounting concerns over data privacy, questions are swirling about how the measures will work in practice.

There’s an app for that?

Most programmes under development are geared towards facilitating travel and come in the form of smartphone apps with varying criteria for a clean bill of health.

Vaccine passports, for example, are a popular way to approach proof of immunity with jab rollouts underway across the globe.

There are also apps that accept positive antibody tests as proof of immunity for those who have had the virus and recovered.

But the World Health Organization has warned that there is no evidence to show that recovered Covid sufferers with antibodies are protected from a second infection.

This certification would only be valid within France’s borders but would allow a fully vaccinated person to, for example, eat in restaurants and attend certain events.

This week China launched a digital health certificate for its 1.3 billion citizens that shows the holder’s vaccine status and virus test results.

Greece and Cyprus have vaccination passports specifically for travel to and from Israel, which has fully vaccinated 44 percent of its population.

Denmark and Sweden are also looking to launch health passports soon, with the European Union promising to propose a “green pass” to ease movement within the entire Union despite resistance from France and Germany.

Is it an official travel document?

No, and there is currently no effort underway to establish a required document to travel between countries.

The Chinese health passport is an attempt to make it easier for its citizens to travel abroad, but without recognition from other countries it is of little use.

For the moment, the applications are meant to facilitate various health checks still in place at different borders, with airlines among major proponents.

Through several of its member carriers, the International Air Transport Association has been offering a digital pass allowing passengers to easily prove their health status before boarding.

Can we make it official?

Making health passports stricter or requiring them for travel could invite legal challenges.

A major worry is that banning unvaccinated people from travelling would exacerbate inequality since access to jabs is far from universal.

There are also concerns over how applications would access users’ personal data.

In France, there is already an official database of citizens who have been vaccinated against Covid-19, approved by the country’s privacy watchdog.

However, the body has warned it will re-examine the issue should the database be put to use in the context of a health passport.