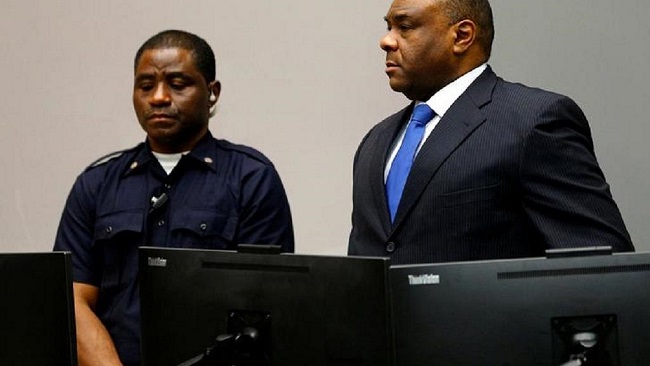 The commission rejected the candidacy of Bemba, a rival to DR Congo President Joseph Kabila, on the basis that he had been “convicted by the International Criminal Court” in March 2018 and handed a year in prison and a 300,000 euro fine for bribing witnesses.

Bemba’s war crimes convictions were overturned by the court in The Hague and he returned to Kinshasa in August after being acquitted.

Just ahead of the election commission’s announcement, the political opposition to president Kabila issued a fresh rallying cry, accusing the “powers that be” of seeking to “exclude” multiple opposition candidates.

Opposition groups called on Kabila to free up the electoral process and “stop giving injunctions to the election commission,” according to a statement signed by Bemba, and exiled opposition politicians Moise Katumbi and Felix Tshisekedi.

Overall, the election commission has excluded six out of the 25 candidates who had registered to run in the presidential elections, set for December 23. In addition to Bemba, the commission has barred three of Kabila’s former Prime ministers — Samy Badibanga, Adolphe Muzito, and Antoine Gizenga.

“These exclusions are unacceptable and show once again that the electoral commission is totally dominated by Kabila,” Moise Katumbi wrote on Twitter. A former governor of Katanga who joined the opposition in 2015, Katumbi said that he had been blocked from returning to the DRC to register his candidacy.

He has been living in Belgium since 2016 and has been sentenced absentia to three years in prison. Considered a fugitive by the Ministry of Justice, he is the subject of an international arrest warrant.

“With the population, the opposition, civil society, our partners, let’s keep up the pressure, refuse to accept these sham elections,” Katumbi added.

The six excluded candidates have 48 hours to appeal to the Constitutional Court. The election commission must publish a final list of candidates by September 19.

On August 8, Kabila, 46, eased months of tension when he signalled he would not stand again for the office he has held since 2001.

He threw his support behind a close ally as the candidate of his political majority — former interior minister Emmanuel Ramazani Shadary, who is permanent secretary of Kabila’s People’s Party for Reconstruction and Democracy (PPRD).

The DRC opposition, which shed blood in protests against Kabila’s grip on power after his mandate ended in 2016, remains deeply suspicious.

It has raised concerns about nuts-and-bolts issues such as the electoral roll and the voting method, and fears Kabila is simply plotting to remain the power behind the throne.

A country of some 80 million people, the Democratic Republic of Congo (DRC) has never known a peaceful transition of power since it gained independence in 1960.

Kabila took over from his father, Laurent-Desire Kabila, who was assassinated by a bodyguard.

His tenure over the vast mineral-rich country has been marked by corruption, inequality and unrest. The watchdog Transparency International ranked it 156 out of 176 countries in its 2016 corruption index.

Bemba lost presidential elections to Kabila in 2006 and was later accused of treason when his bodyguards clashed with the army in Kinshasa. In 2007, he fled to Belgium, where he had spent part of his youth.

He was then arrested in Europe on a warrant by the ICC for war crimes committed by his private army in the neighbouring Central African Republic from 2002-3, when its then-president Ange-Felix Patasse sought his help to repel a coup attempt.

He was sentenced in The Hague in 2016 to 18 years before the conviction was overturned in June on appeal.

The ICC declared Bemba could not be held responsible for crimes committed by his troops.

The European Union, like the UN and US, is closely following the election buildup.

It has frozen assets and denied visas to a dozen Congolese figures — including Shadary — on the grounds of human rights abuses since the constitutional end of Kabila’s second and last mandate in December 2016.