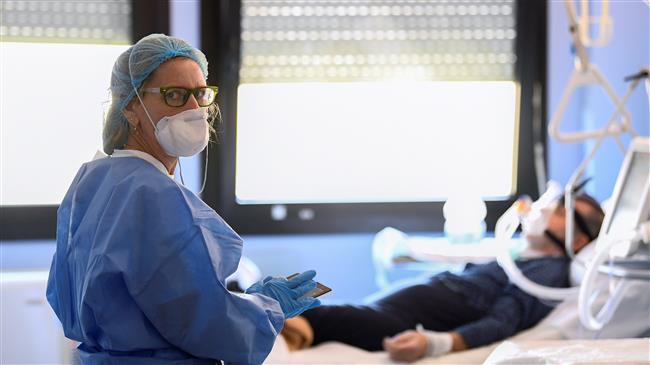 Cases of infection with the new coronavirus continue to surge throughout the world, and restrictions put in place by governments to contain the pandemic have confined one billion people to their homes in different countries.

The following are the latest on the coronavirus epidemic around the globe.

As many as 300,000 infections have been confirmed across the globe while the number of worldwide fatalities has exceeded 13,000.

Italy, the world’s hardest hit country, recorded a jump in its death tally from the viral infection on Saturday. Fatalities jumped by 793 to 4,825 in the largest one-day rise since the contagion emerged in Italy a month ago.

Italy requested Cuba to send a brigade of doctors and nurses to its worst-hit northern region of Lombardy, which, according to health officials, remains in a critical condition with 3,095 deaths and 25,515 cases.

Cuba sent a team of 36 doctors, 15 nurses, and a logistic expert to the country on Saturday night.

Cuba has already sent “armies of white robes” in recent days to combat the spread of the virus to several countries, including Venezuela, Nicaragua, Jamaica, Suriname, and Grenada.

But this was the first time Cuba was sending an emergency contingent to a European country.

Cuban doctors were in the front lines in the fight against cholera in Haiti and against the Ebola epidemic in West Africa in the 2010s.

The country has 8.2 doctors for every 1,000 people, one of the highest rates in world, according to the World Bank.

The Russian army is also sending medical help to Italy on Sunday, after receiving an order from President Vladimir Putin, according to the Russian Defense Ministry.

Putin offered his support and help to Italian Prime Minister Giuseppe Conte during a phone call on Saturday, the Kremlin said.

Russia itself has reported one death and 306 infections, most of them in Moscow.

Spain: Worst yet to come

The Spanish government, however, warned that “the worst is yet to come,” but promised to do whatever was needed to combat the epidemic.

A total of 5,000 people have so far died of the infection across Europe, with Italy, Spain, and Germany reporting steep rises in both infections and deaths.

In the United Kingdom, a total of 5,018 have been infected with the virus, while 233 patients have succumbed to the disease.

Prime Minister Boris Johnson has warned that Britain’s National Health Service could be “overwhelmed” by the virus like Italy’s health system in just two weeks.

“The numbers are very stark, and they are accelerating. We are only a matter of weeks – two or three – behind Italy,” he said.

Increase in US cases as widespread shutdowns enforced

In America, 26,900 people have tested positive and 348 people have died of the novel coronavirus.

Almost 1 in 4 Americans were obliged to close up shop and stay at home on Saturday.

Meanwhile, Republican and Democratic leaders are still working on reaching a deal to pump over $1 trillion into the economy on top of the hundreds of billions of dollars in fiscal and monetary stimulus that have already been used to support the world’s largest economy.

China, where the virus first emerged in December last year, said the imported cases of the disease continued to rise.

The latest figures bring mainland China’s total cases to 81,054, with 3,261 deaths, including six on Saturday.

The central province of Hubei, where the outbreak first emerged, reported its fourth straight day of no new cases.

North Korea said on Saturday that the US had offered cooperation in the country’s fight against the pandemic.

US President Trump “expressed his intent to render cooperation in the anti-epidemic work, saying that he was impressed by the efforts made by the Chairman to defend his people from the serious threat of the epidemic,” the North’s official news agency, KCNA, said, referring to North Korean leader Kim Jong-un.

It did not say when the letter had been received.

A senior US administration official confirmed Trump had sent a letter to Kim and offered help. The official said Trump looked forward to continuing communications with the North Korean leader.

Pyongyang, which has not reported any cases of the infection, welcomed the offer, saying it was a sign of “the special and very firm personal relations” between Kim and Trump, according to KCNA.

Trump has attempted to build a relationship with Kim but has refused to lift any sanctions on North Korea. Negotiations between the two countries on demilitarization have snagged.

Two prisoners in Sri Lanka’s Anuradhapura prison were killed and six others injured after fighting broke out over restrictions to prevent the spread of the new coronavirus to the facility on Saturday.

Clashes erupted between prison guards and prisoners when the inmates began to complain about a ban on visitors. Some inmates attempted to escape amid the clashes.

Police said on Sunday that the guards had opened fire to prevent the prisoners from fleeing.

Sri Lanka imposed a three-day countrywide curfew on Friday. The number of infections in the country stands at 77. Sri Lanka’s prisons are overcrowded, sometimes reportedly housing 5,000 inmates in a facility capable of holding only 800.

The fast-spreading coronavirus prompted India to launch a 14-hour curfew on Sunday, in a crucial test of its abilities to fight the pandemic.

India has reported 315 infections so far.

Malaysia says authorities are tracing thousands of worshipers who attended a four-day mass religious event at a mosque near the capital, Kuala Lumpur, at the end of last month.

The government said the religious event was connected to 60 percent of all the 1,183 cases in the country.

Officials said on Thursday that they had yet to trace 4,000 of the 14,500 Malaysian residents who attended the mosque.

The government has also enforced a two-week ban on travel and movements, starting on Wednesday. It said army force would be deployed to help police enforce the ban.

Malaysia has the highest number of infections in Southeast Asia, which has a total of more than 3,000 cases.

The Indonesian Health Ministry on Sunday updated the new number of coronavirus infections and deaths in the country to 64 and 10 respectively, bringing the total number of confirmed cases to 514 and the fatality count to 48.

Iranian Health Ministry spokesman Kianoush Jahanpour said on Sunday that 1,028 new coronavirus cases had been diagnosed within the past 24 hours, bringing the total number of infected individuals to 21,638.

Jahanpour further put the number of patients who have recovered from the viral disease at 7,913.

In the Middle East, Jordan started a nationwide curfew “until further notice” on Saturday, warning its 10 million citizens to stay indoors.

“Anyone going outside will be subjecting themselves to punishment,” Justice Minister Bassam Talhouni told Jordan’s al-Mamlaka news channel.

Thousands of soldiers and armored vehicles have been deployed inside cities and on main highways across the country, according to witnesses.

Jordan has closed land and sea border crossings with Syria, Iraq, and Egypt, and suspended all incoming and outgoing flights since Tuesday.

Coronavirus cases in Jordan have risen to 99, including 15 new cases identified on Saturday.

The decision was made due to “some manifestations of non-compliance with precautionary measures,” Deputy Prime Minister Anas al-Saleh said.

Those who violate the curfew could face up to three years in jail or fines of up to 32,157 dollars.

The Kuwait National Guard will aid police in imposing the curfew.

The Persian Gulf country has reported 176 cases of infection.

Kuwait has taken some of the most drastic steps in the region, including the closure of schools and universities until August.

The coronavirus continues to spread across Africa, with more than 1,000 confirmed cases across the continent so far, according to the World Health Organization (WHO).

Eritrea and Uganda reported their first cases on Sunday, while Mauritius confirmed its first death, with 14 cases of infection so far.

South Africa, which has the most cases in sub-Saharan Africa, reported a total of 240 infections on Saturday.

Health experts have been concerned that Africa will not be able to handle a surge in cases due to the lack of medical facilities.