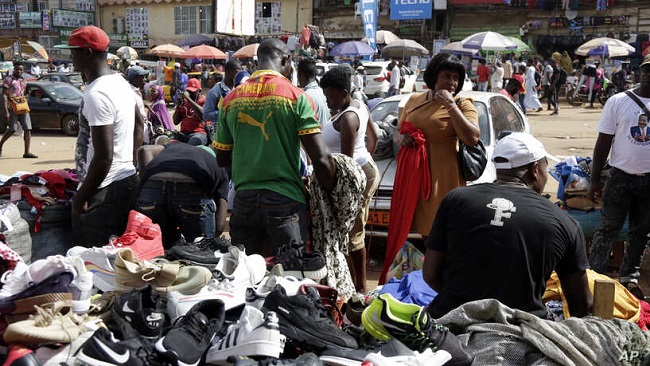 Officials in Cameroon are calling on citizens to stop attacks on foreigners and visitors from the diaspora who are being blamed for an increase in coronavirus cases.  The attacks began after some passengers on an Air France flight that landed in Cameroon last week ignored a quarantine order.

Forty-three-year-old businessman Ferdinand Muffo Che says he has been victim of regular attacks and harassment since he returned to Yaounde from Milan, Italy through France on March 17.

He says residents of Ekounou, the neighborhood where he lives, accuse him of being a healthy carrier infecting people with COVID-19.

“I do not see why my own country where I was born will reject me because I have been out. The coronavirus is a problem that concerns the whole world,” he said.

Che is one of 198 passengers of an Air France flight that landed at the Douala International airport on March 17. The government ordered all of its passengers to be isolated in hotels for at least 15 days.

Instead, many of them escaped to their homes, provoking the anger of some Cameroonians.

On the streets of Yaounde, attacks and insults on people identified as foreigners, especially whites and Chinese, have increased sharply in the last week.

The U.S. Embassy in Yaounde has reported a rise in verbal and online harassments, stone throwing and banging of vehicles occupied by expatriates.

Ebenezer Mukete, 29, says he is among those who joined the attacks.

He alleges that COVID-19 was created by either the U.S. or China for commercial purposes and unfortunately, developed into a health crisis.  There is no scientific evidence to support his allegation.

“They create the so called pandemic, and they come and inflict{spread} in Africa,” he said. “When you listen to the French president, he says France is at war, American president comes out and says America is at war. Let them fight their war not in Africa. The minister of public health is telling us that the cases are from abroad. Whites coming to transmit it to Cameroonians, so let them go away. We do not have any other choice than to attack them.”

Cameroon health minister Manaouda Malachie has called on the population to stop the attacks.

He adds that everyone should respect measures put in place to stop the spread of COVID-19.

He says people who came in from Europe, China and America before Cameroon closed its borders should not be stigmatized, but that they as well as any other Cameroonian who has cold, severe respiratory syndrome, runny nose, cough, sore throat and tiredness, should contact the nearest hospital. He says those who are running from isolation should know that they may be putting the lives of their families and communities in danger and that they will be treated free of charge if tested positive.

Cameroon confirmed its first case of COVID-19 on February 6.  On Monday, officials said the number of confirmed cases had increased to 40, with a majority of them imported. Seven are Cameroonians infected by their relatives who came from Europe.

In an effort to stop the spread of the virus, Cameroon last week closed all its borders and suspended issuance of visas into the country until further notice.